In his beloved children’s television show Mister Rogers’ Neighborhood, host Fred Rogers taught young people about empathy and kindness. The lessons still resonate with us today. The show’s message, along with the universal love for Rogers (who died in 2003) helped make the documentary about him, titled Won’t You Be My Neighbor, an unexpected summer box office hit in 2018.

If you can’t get enough of the movie and Rogers’ gentle nature, you won’t have to stop there. Sony has revealed the first look of Tom Hanks dressed in character as Rogers. In the exclusive photo, Hanks can be seen sitting outside of his movie trailer, donning blue tennis shoes and the iconic red sweater. He’s the spitting image of the beloved children’s television show host. It’s no wonder that the internet has been electrified with excitement in anticipation of the still-untitled film.

For those looking forward to this film, it’s a biopic that will focus on the “unlikely friendship” between Rogers and journalist Tom Junod (played by Matthew Rhys), who got to know the television personality while he was writing a 1998 profile on him for Esquire magazine. TriStar Pictures, who acquired the rights to the film, describes the plot as “a cynical journalist begrudgingly accepts an assignment to write a profile piece on the beloved icon and finds his perspective on life transformed.”

The film will be released in October 2019.

Tom Hanks is making a movie about Mister Rogers, and Sony just released a picture of him dressed in character.

Tom Hanks is Mister Rogers, coming to a neighborhood near you October 2019. pic.twitter.com/2TP3eiPUCx

Needless to say, the internet is excited for the upcoming film, which will be released in October 2019.

Tom Hanks as Mr. Rogers has me ugly crying pic.twitter.com/h6KaeZM8vC

Who needs something happy to look at right now? https://t.co/IVN478tjGx

This is the most wholesome image that exists in the universe. https://t.co/zwocjgVaHk

This is a movie that I’m very much looking forward to seeing next year. @tomhanks is the perfect choice to portray #MrRogers in the biopic. We need more stories about positive, uplifting people these days and less shock entertainment. ❤ pic.twitter.com/WlA2Di11Kp 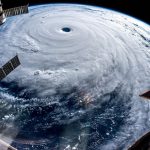 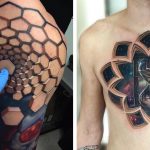