It’s not every day that you can hobnob with celebrities and politicians. Sometimes, you’ve got to create those situations for yourself. An artist who goes by the name Average Rob is doing just that by Photoshopping himself alongside the likes of Hillary Clinton, Kanye West, and Katy Perry. He does more than just smile and wave, however—Rob pictures himself interacting with the famous folks in hilariously bizarre ways. Whether it’s being attacked by a chicken, stepping on LEGOs, or doing a cannonball into a pool, he adds much-needed humor to these often serious or otherwise mundane situations.

Rob wants us to believe that these chance meetings are real, going so far as to say, “Haters will say it’s Photoshop.” We aren’t so sure of that… but applaud him for his imagination and execution. 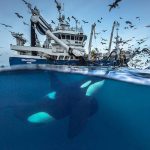 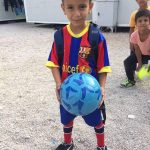