Usually, it’s the photographer who does the Photoshopping part, but sometimes tables turn and they get to be the subjects as well. That’s what happened with Pratik Naik, who went out on a photo trip to Venice beach with his buddy photographer John Schell and unexpectedly became an internet sensation.

As Pratik was holding his girlfriend’s belongings while she was posing for John Schell, he struck a dreamy pose, that John just couldn’t let pass immortalized. The photographer snapped a majestic pose of his colleague wearing his girlfriend’s hat and gazing towards the setting sun.

Then John posted the pic on Pratik’s Facebook page so his fellow photographers could take a look as well. And it went absolutely viral among them.

“I thought the worst thing that would happen would be everyone asking why I have a Canon strap with a Sony camera! A true photographic sin…”

But as true artists do, they rather focused on the whole picture, and to make it even better, they made some adjustments… For a full list head over to the retouchist.

#4 Never Leave Your Sombrero When Going To A Gun Fight

#6 Mona Lisa Is Hiding A Secret

#8 Just Taking Care Of My Family

#9 Danger Is His Calling 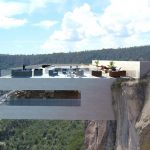 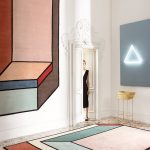