According to an artists: “We’ve been called by Hanging4Climbing to create a custom basketball court where they based on, in the suburbs of A Coruña, Spain. Here at Flaco, we have been strongly influenced by basketball since we were little kids. Team play, sacrifice and frustration are all elements that we still carry with us in our daily life here in the studio.

With this project we wanted to emphasize the importance of collaboration and the union with the phrase “Stronger United” in the center of the court. We think that now more than ever, in these crazy times we’re living, there is a need for strong solidarity.” 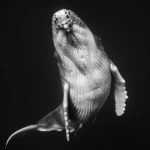 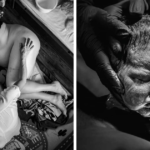