While such calmness will remain crucial to his visual style, Alexis also recognizes 3D design as a space of constant evolution that asks its followers to keep pace. “I think that my work has reached a point where it’s going to have to change,” he tells us. “The fantastical architecture style is being redone quite heavily on Instagram—too heavily for my liking, so I feel like I need to move onto the next thing. It won’t mean leaving architecture behind; more, visualizing it in a new way.” Creative copycats are nowhere more prevalent than on platforms like Instagram, where images are commonly pinboarded, and sadly, stolen. Image rights are incredibly difficult to protect, and harder still to pursue online or across continents.

For this reason, Alexis describes Instagram as a “huge double-edged sword”; the platform has enabled him to carve out a successful career in the arts, but it has also facilitated rampant plagiarism of his work. “I wake up in the morning, and if I turn Instagram on, the first thing I see is a render, and it’s often something that looks similar to work that I’ve done”, he tells us. “And it’s just Instagram’s algorithm going, like: “Hey! You like this!”, when actually, no, maybe I don’t. The algorithm doesn’t understand what inspires you.”

Alexis is pragmatic about Instagram and understands the implications of a career built on such an unpredictable platform. “You have to take being popular on Instagram with a pinch of salt, because tomorrow things could completely change,” he tells us. “So I am—apart from being terrified—I’m super realistic about the state of the world, and how Instagram works, and I don’t trust it for one second.” He’s also modest about his work, and maintains that despite not wanting to return to copywriting, that he is a far more capable writer than he is as a visual designer. “I still have to close my eyes and post images sometimes, because I’m not 100% sure of what’s coming out—which is a good way to stay humble. Just never be sure of yourself [laughs]. Yes, stay terrified at all times! That’s pretty much my recipe.” 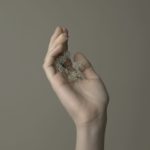 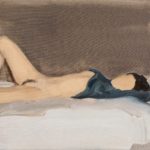