Beginning as a student of political science and philosophy, the work of Issa takes multiple forms, often combining sculpture, text, photography, sound, and video. Whilst the mediums may be varied, one recurring characteristic is the cryptic, investigative nature of her works which typically encounter archaeology, ethnography, and history. In ‘Material’ (2012), Issa’s sculptural works explore the presence and function of ten historic public monuments, all known to the artist from childhood. In the texts accompanying her sculptures, Issa references the monuments but deliberately withholds any visual attribution. Instead, she casts them in new forms, questioning the relationship between the original object and its meaning whilst generating a bond between the monuments of the past and the sculptures of the present.

In ‘Lexicon’ (2012-ongoing), the historical dialogue in ‘Material’ is paralleled. Here, Issa looks to her own previous artworks as the original source to the work. The sculptures of ‘Lexicon’ are the embodied versions of previous works. Accompanied by text descriptions of the source artworks, this back and forth between object and re-appropriation is a clever articulation of one informing the other. In placing the sculptures and text in the context of a gallery, both the source works of art and their secondary sculptural counterparts are present. In ‘Heritage Studies’ (2015-ongoing), Issa continues her exploration of historical artifacts in a contemporary context. Comprised of minimalist sculptures, each piece is based on a historical vestige. The sculptures are paired with text which details the title and location of the source, though visually they bare no resemblance to their ancient counterpart. This fluidity of form is not an attempt to produce a timeline of history, but rather a vehicle by which to question the relevance of cultural artifacts today. 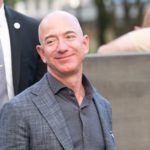 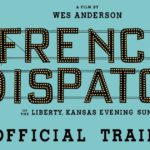