Our generation might prefer nudes, but these photographs were so much more artistic.

The magazine then announced it would stop publishing nude pictures in 2015, however a year after the first nude-free issue came out, the decision was reversed. Throughout history, there has always been some form of nude images for people to enjoy and look at. For instance, Francisco de Goya painted “The Nude Maja,” Pablo Picasso, the “Les Demoiselles d’Avignon,” and Playboy blazed the trail for nudie mags, but before this magazine was distributed around the world, people would rely on “French postcards.”

Don’t let the word “postcard” trick you into believing that these erotic photographs printed on cardboard weren’t sexy. On the contrary, French postcards were graphic and held a high artistic standard that launched the careers of many photographers and models. Although not all of them were French, the postcards were mainly produced there and the word “French” made them sound more sophisticated. During the 20th century, photographers would make a decent amount of money photographing women in the nude or posing suggestively. In fact, you could hire one of these photographers (they weren’t cheap, though) to do a couple’s or solo photo shoot to give as a gift. Imagine what these photographers would think about the filtered nudes people send these days.

The post NSFW “French Postcards” That Will Show You How People Got Nudes Way Before The Internet appeared first on Design You Trust. 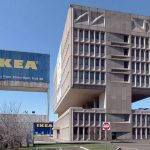 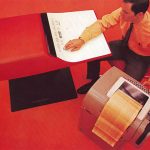