Like every year, this year’s Burning Man festival came and went in the blink of an eye. And even though the dust still hasn’t settled, people are already sharing their amazing Burning Man 2019 photos, once again proving that it’s one of the wildest festivals in the world.

In case you’re not familiar with Burning Man, it’s an art festival held annually in the Black Rock Desert, Nevada since 1986. The festival has its own set of rules called the ten principles: radical inclusion, radical self-reliance, radical self-expression, communal effort, civic responsibility, gifting, decommodification, participation, immediacy, and leave no trace. Every year artists create incredible sculptures, buildings, performances, and art cars for everyone to admire. The culmination of the event is the symbolic burning of a giant wooden effigy called “The Man” (hence the name). So if you ever feel like spending a week in a desert surrounded by all sorts of crazy people and art – Burning Man is perfect for you.

Check out the amazing photos from this year’s festival in the gallery below!

The post 30 Amazing Photos From Burning Man 2019 That Prove It’s The Wildest Festival In The World appeared first on DeMilked. 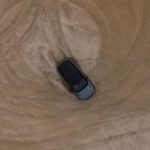 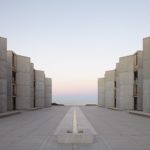