In ‘Coincidences’ photographer Jonathan Higbee — with a keen eye and a curious worldview — captures chance moments in and around his native New York City.

In the contemporary landscape, an abundance of advertisements pollute our city streets: Jonathan finds magnificence in such mundane madness, treating his home city of New York as a photographic playground. To capture his desired image, Jonathan will sit for hours each day in front of a mural, building or advertisement, until the moment when two worlds perfectly align. Incidentally, the ‘Coincidences’ series began by a chance. While editing photographs taken in Manhattan, Jonathan realized one particular image, which shows the reflection of two skyscrapers, held a narrative he was not consciously aware of at the time of photographing. The final image depicts the reflection that looks as if a man is pulling his friend back from the edge of the building. Ever since Jonathan has continued to hunt the streets for momentary scenes that frame such overlapped and overlooked delights. 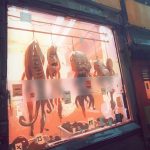 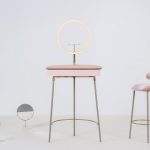