The Brazilian illustrator Butcher Billy (previously) is back to complete this amazing series, illustrating this time the six episodes of the season 4 of Black Mirror. A project entitled “Tales of the Unexpected Black Mirrors”, which retranscribes the universe of the series with the retro aesthetics of old American comics.

“There is a fourth season beyond that which is known to man. It is a season as vast as space and as timeless as infinity. It is the middle ground between light and shadow, between science and superstition, and it lies between the pit of man’s fears and the summit of his knowledge. This is the dimension of imagination. You’ve just crossed over into the Tales of the Unexpected Black Mirrors,” he wrote.

The post “Butcher Billy’s Tales Of The Unexpected Black Mirrors”: The Episodes Of Season 4 Turned Into Vintage Comics appeared first on Design You Trust. 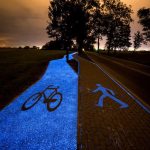 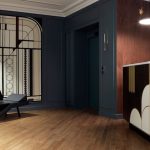