Zebras are beautiful, wild animals native to Africa. However, as many European colonizers learned in the early 20th century, despite their similarity to horses, zebras are just a bit too wild to completely tame.

In the year 1898, in one of the many mews just off Cromwell Road, Kensington, lived Mr. Hardy, who was a noted horserider and trainer, being one of the three men who had succeeded in riding the “French Rocking Horse”. This was a device used by the French Cavalry. It had every possible movement of a wild horse not in the best of tempers.

For European colonizers penetrating Africa in the 19th and early 20th centuries, local zebras’ resistance to diseases carried by tsetse flies made domesticating them an attractive alternative to importing horses.

Lord Walter Rothschild with his team of carriage-pulling zebras, 1895. Rothschild (1868 – 1937) of the global Rothschild banking family, owned his own zoo.

As it turns out, there is a reason Africans never domesticated them. Unlike horses, which naturally roam around munching on grass, zebras spend their lives cagily watching, evading and fighting savannah predators such as lions, cheetahs and crocodiles. Natural selection has bred zebras to be nervous, flighty and brutally aggressive if cornered. They have been known to kill lions with a single kick.

Though impossible to domesticate on a large scale, taming individual zebras to perform horse-like duties has occasionally been successful. Lord Walter Rothschild trained a team of zebras to pull a carriage, which he drove past Buckingham Palace to demonstrate their supposedly pliable nature.

As for riding, zebras are smaller than horses and do not have the back strength necessary to carry a person for an extended time. But that hasn’t stopped people from taking the occasional joyride at the zebra’s expense.

Mrs. Alice Hayes herself, as may be supposed, looks every inch a ‘workman’ in the saddle, ca. 1890s. Here, she rode a zebra at Calcutta which was broken within an hour by her husband sufficiently to be saddled and bridled.

A German soldier is riding a zebra in Zanzibar, ca. 1890s.

A German colonial officer takes a leap on the back of a tame zebra in German East Africa, ca. 1910.

A zebra pulls a carriage through Brxton, London, 1913. It is likely that the zebra and carriage were the property of music hall artist, Mr. Gustav-Grais, and were used to promote his shows.

A comic criminal tries to make a prison break on the back of an East African zebra which was stuffed and mounted by Dr. James L. Clark of New York for the University of Nebraska, 1933.

Laffin Leslie, an 18-year-old dwarf, guides Jimmy, the “only rideable zebra in the world,” across a road in Berkshire, England, 1935.

This photo is often captioned “Zebra racing”, but the zebras appear to be in a display with other horses. 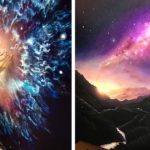 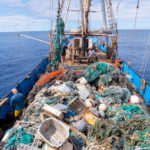