These fascinating color photos were made by a French photographer Jean-Paul Guilloteau, who visited Russia right after the collapse of the USSR. For most Russians these shots will cause nostalgic feelings. The photos show the Russian country that was already done with Communism but at that point Russia still didn’t know which way exactly should they go on next…

Norilsk, a passerby with egg packaging. 1993.

Moscow. The waiting room at the Belorussky Railway Station. 1991.

Port of Providence, the Bering Strait. At the grocery store. 1991.

Yenisei between Abakan and Krasnoyarsk. 1993.

Costin. 1399 km from Krasnoyarsk on the Yenisei. Erika Gerlits, from the Volga Germans, was deported to Kostino in August 1941, when she was 16 years old. 1993.

Yenisei between Abakan and Krasnoyarsk. 1993.

Moscow. The queue to the cashier in a department store, “Detsky Mir”. 1991.

Port of Providence, the Bering Strait. Classes of accordion at music school.

Moscow. Turn on the street in the department store “Children’s World.”

Moscow. Boy on the podium “Dynamo” stadium during a football match.

Moscow. The interior of the restaurant “McDonald’s”. 1996.

The post Fascinating Photographs Capture Daily Life In Russia Just After The Collapse Of The Soviet Union appeared first on Design You Trust. 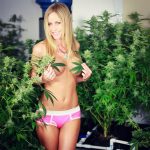 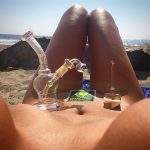