Since 2009, the French collector and artist Thomas Sauvin has salvaged discarded negatives from a recycling plant on the edge of Beijing, negatives that were destined to destruction.

His Beijing Silvermine archive, one of the largest archival projects in China, now encompasses over 850000 anonymous photographs spanning the period from 1985 to 2005, thus allowing the reconstruction of a large part of the history of popular analogue photography in the country. This unceasingly evolving archive provides a visual platform for cross-cultural interactions, while impacting on our collective memory of the recent past.

Thomas Sauvin won the prize for the Exhibition of the year at Lianzhou Photo Festival in 2013. His work has been exhibited at the Museum of Contemporary Photography of Chicago, the Beijing Central Academy of Fine Art, and the Guangdong Museum of Art.

Over the last seven years, Thomas has published 10 photo books with the Archive of Modern Conflict (UK), Jiazazhi (CH), Skinnerboox (IT), The M Editions (FR), VOID (GREECE) as well as self-published artist books. His publications has entered the collections of TATE, the V&A, the Bibliotheque Nationale de France and the Pompidou Museum.

“The way China was depicted through contemporary photography, propaganda and journalism (offered) a portrait far from the one I was witnessing,” he said in a phone interview. “There was something more universal, something about collective memories, that started emerging. The photos show a side of China that was never really exported to the West.”

While the resulting images can be, at times, inexplicably surreal (an old man standing in a cacti bush, or a woman posing next to a fake shark), they are often mundane. Yet, after spending a year and half “looking for gems,” Sauvin realized that the strength of his archive lay not in occasional humorous discoveries, but in the bigger picture that emerged.

Most of the images were taken between 1985 and the mid-2000s, when the widespread adoption of digital cameras made film largely obsolete. It was a time of rapid economic development, and the photos show how this played out in people’s lives: families posing with new household appliances or standing with statues of Ronald McDonald after fast food arrived in China in the early 1990s.

The pictures also document people’s changing relationship with the medium of photography, as cameras went from expensive luxuries to everyday items.

“I have one (roll of) film — 36 images — that was shot over three-and-a-half years,” Sauvin said. “You have three consecutive birthdays of the same person. You can imagine, on very important occasions, the parents would bring out this analog camera, take one photo and then wait six months before taking another one.

“But by 2005, as analog photography becomes (more affordable), you notice that people would go to somewhere like the Summer Palace and take 36 photos in 30 minutes.” 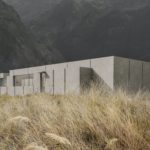 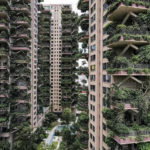