To take a truly great photo, you need to know your subject. And to take a great photo in Brooklyn, it surely helps to be from there. Hence, we present to you New York City-based photographer Donato Di Camillo who learned how to handle a camera while serving his sentence in prison.

Di Camillo doesn’t like to associate himself with the whole prison ordeal so he does not disclose the circumstances of his imprisonment, except that he spent hours and hours reading anything about photography he could get his hands on. Which is fine with us because that would just take away the spotlight from his amazingly gritty and down-to-earth depictions of life in the less touristy parts of The Big Apple.

“As a child, I witnessed a lot of traumatic things, I saw my first friend die at the age of nine, right by my feet.” (the boy was killed by a passing car as they were playing outside).

Back in the 1978s and 1980s, Brooklyn was a more unforgiving place the artist explains, he “had to learn to think quick and use street instincts.”

The artist takes photos of “people on the fringes of society,” just like himself. Asked how he decided to do street photography, Di Camillo simply explained that it’s “something that I felt I needed to do.”

‘His name is Rosario. He was born in Sicily. At a very young age, he was abandoned by his caregivers after his parents died tragically in a car accident. He said the scar tissue in his eye was from a fight he had in an orphanage he occupied as a child. These days, he lives the best he can working odd jobs for local small businesses.’

’91-years-young teacher of life still exercises every day, harder than most.’

‘He was joking with his friends about his teeth when I encountered him. When I asked him if he was worried about his teeth, he replied “ain’t they pretty though?”’

‘United States Army Veteran just barely has enough income to keep a roof over his head.’

‘As I was shooting the streets of Brooklyn, I met a woman in a government food line to collect some can goods for her home because of money issues. I spoke to her, and she explained she had two mentally ill boys at home and that one as starting to smoke crack “It’s been a struggle for me, my husband stabbed me six times. He tried to kill me. The government sent him back to Italy. I collect welfare, but it’s just not enough.”’ 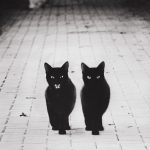 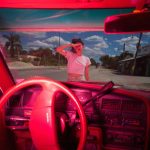