As a photographer, Litt positions himself far away; he is interested in the concept of distance, and how an image can blur the boundaries between familiarity and foreignness, yet still convey a sense of place. His photographic series is a fascinating mix of quiet images and quick-witted observations of former Soviet territories in Central Asia, where the exact location is never formally revealed. For ‘Horsehead Nebula’, Litt has observed culturally and geographically distant lands and unfamiliar ways of life, and carefully reshaped them for our perception, imbuing them with a feeling of melancholia that would trigger a subtle inquisitiveness in the viewer’s imagination. Litt has built a dazzling narrative around unspectacular details, deliberately intertwined with picturesque elements and contemplative sceneries—objects of everyday life and dusty roads are juxtaposed to inhabitants in traditional garments, vast natural landscapes, and nomadic horses. 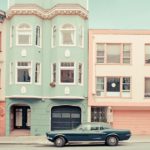 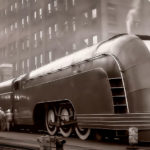