Built with Unreal Engine 4, her capabilities are specially designed to create “likeable” images representing popular visual languages on the platform. Since May 2020, she has been posting to the Instagram account @rachaellic one new image per day. She will continue posting without any human intervention, as long as the computer she is running on is online.

Rachael is not only a technical demonstration of the capabilities of real-time rendering, automation, and AI. Rachael intents to critically examine the consumption of contemporary imagery in the fast-paced social media landscape. Due to the continuously growing speed of how images are consumed on Instagram, the more successful (liked) images are the ones displaying an immediate, visually pleasing impression. On the contrary, images embodying deeper meanings or more complex ideas fail to be as popular, since they require more time to be seen and understood.

With the immense advancements in machine learning and AI, it is only a question of time when the creation of visually pleasing images can be fully automated. If we neglect the communication aspect of visuals and simply use design techniques to attract likes, we as human designers risk becoming obsolete in the near future. Therefore, designers’ priority should always remain finding smart conceptual ways of communicating our message, while the visual expression is utterly the vehicle that delivers it. Automating the human skill of visual communication that requires creativity and conceptualization is a much harder task to accomplish by an artificial algorithm.

Rachael is a real-time software built with Unreal Engine 4 that generates images using various design methods and algorithmic techniques. The compositions are based on grid or dynamic systems and the placement of additional objects employs different techniques available in the engine (randomization, trace methods to assess surface areas and general spawning probabilities). The software is fully RTX enabled and runs in real-time — the images are saved on the fly after the generator has finished building the composition and uploaded via a custom python script that was created by Julius Steinhauser @juliussteinhauser

Due to its algorithmic nature, Rachael can generate an infinite number of images, each with a unique combination of shapes and colours. The image creation is primarily controlled by a weighted randomization of different parameters. The software contains a wide collection of objects that the algorithm can choose from, including different environments and lighting setups. Rachael also uses Quixel Megascans assets for multiple props and shaders.

The artist behind Rachael is Matthias Winckelmann, a Freelance Creative Director, Designer and Realtime CG Enthusiast, currently based in Berlin.

Before his ventures into Freelance, Matthias worked as Managing Partner and Director at the ZEITGUISED-infused creative ensemble foam Studio (www.foam.studio) and as Head of 3D at the internationally acclaimed design & branding studio ManvsMachine in London. Throughout his career, he has had the privilege to work amongst the best in the creative industry in London, Berlin, Shanghai and Los Angeles. Besides his commercial work, Matthias also founded the label loadandland, a research lab for realtime CG, exploring design concepts using AI, data and interactivity. 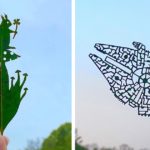 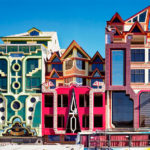