Eldridge Cleaver has been an underrated figure in the Black Power Movement of the 1960s and 70s. He was the Minister of Information and Head of the International Section of the Black Panthers and he wrote the monumentally important book Soul On Ice. Plus he ran for President in 1968.

“Clothing is an extension of the fig leaf — it put our sex inside our bodies,” Cleaver told Newsweek in 1975. “My pants put sex back where it should be.”

The Black Panthers frontman and radical intellectual came up with the idea while living in Paris in exile after fleeing charges from a confrontation with the police in 1968.

“Well these pants look like a regular pair of men’s pants except around the groin, you know?” Cleaver said in an interview. “In a conventional pair of pants the penis gets tucked behind the pants, you know? But in these pants, the penis is held in a sheath of cloth that sticks outside of the pants.”

So there you have it, penis pantsnational Herald Tribune seeking investors and manufacturers for his collection that outlined the wearer’s genitals in a ‘sock-like codpiece’. ”Millions in profits envisioned,” the advertisement read.

A controversial media figure and former Presidential candidate in 1968 for the Peace and Freedom Party, Eldridge took every opportunity to model the pants himself for the press, but few publications would print photographs of the provocative design.

“Now you see how this is a direct attack on uni-sex. Women can’t wear them, right? Take a look at what you guys are wearing. You’re wearing sissy pants,” Cleaver said.

Despite creating quite the stir on the 1970s male fashion scene, shockingly the penis pant was never a great commercial success. Cleaver’s outrageous design did little to help his reputation with the press, who were quick to paint the former revolutionary turned fashion designer as an ageing civil rights activist gone a little cuckoo. 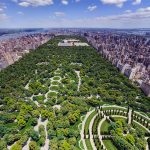 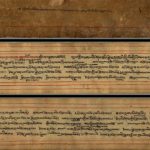