Jacqueline Roberts was born in Paris in 1969. She graduated in Political Sciences and worked for international organizations before turning to photography. She lives and works in Germany, with her husband Gareth and their children Madoc, Malen and Emrys.

Roberts’ work presents a collection of intimist portraits, a sincere and touching image of childhood. Her award-winning photographs have been featured on the covers of photography magazines, books and music records. Roberts is a self-taught photographer and works with large format cameras using mainly film and early photographic processes.

Jacqueline Roberts swims against the tide, reviving 19-th century photography in the digital era. Jacqueline’s work mostly revolves around the psychological and emotional transition from childhood to adolescence, and the technique she uses further intensifies the eerily change, making the images look like something you’d find in your nightmares.

Wet plate photography (also known as the collodion process), is said to have been invented in 1851, almost simultaneously, by Frederick Scott Archer and Gustave Le Gray. Although the process required a portable darkroom, it combined desirable qualities of the calotype process (enabling an unlimited number of prints from a single negative) and the daguerreotype (creating a sharpness and clarity that could not be achieved with paper negatives). The technique quickly became really popular and was used for portraiture, landscape work, architectural, and other types of photography.

“For me, wet plate photography is a fascinating process on so many levels,” Roberts told Film’s not Dead. “From preparing the chemistry, cutting the glass, flooding the plate, developing and fixing to finally holding in my hands a beautiful glass photograph. I love the ceremonial aspect of it, as much as the craft involved.”

The self-taught artist often chooses kids as her subjects but for other reasons than the majority of photographers. “I disagree with the common perception that sees children as ‘cute-innocent- creatures’. I find this notion condescending and manipulative. What I love about them is their rawness, their fresh unawareness, their uncompromising ability to be as they are.” 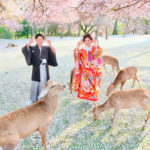 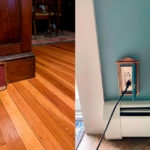