Traditionally when purchasing homewares, you would buy a set. Four plates, four bowls, four sets of cutlery, four glasses. New York design studio Piaule has turned this on its head — offering instead a slow release of thoughtfully considered, individual items for your home.

Since their launch, Piaule has released just four products: 01 towel, 02 tableware, 03 glassware and 04 vessels. The first release, a white bath towel made from 100% Japanese cotton, one side of delicate gauze, and one of looped terry. Uncomplicated, well designed and pared back. The second release, porcelain tableware. The set — consisting of one cup, one bowl, and one plate — is handmade in America. Their third release, glassware, contains two short glasses and two tall. Both sizes are made in Japan from hardened fine crystal. And their most recent release, vessels. Porcelain, handmade essentials — a large bowl, and a vase. 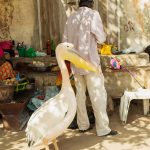 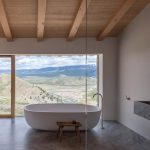