You’d be a fool to think it’s safe to walk the streets at night unarmed. There are vampires lurking in every corner and you’ll never know when you might encounter one. But do not fear, the Rag N Bone Emporium has you covered with their 19th Century Traveling Vampire Killing Kit, which comes with everything you could possibly need to repel creatures that go bump in the night. The kit contains a full-sized replica of a candle, a crucifix, a stake, a dagger, a prayer book, and small vials of various herbal and chemical concoctions. With this in your possession, you don’t have to wait until sunlight to kill those fanged fiends.

Vampire hunter kits started becoming popular in the 70s when manufacturers were said to be capitalizing on the wave of movies and shows that featured the blood-sucking creatures of folklore. Most of them, as expected, are modern recreations of old items, tricking people into buying something they think is historic and unique.

The 19th Century Traveling Vampire Killing Kit is, of course, made up of highly-detailed replicas of the items used by these so-called vampire hunters. Rag N Bone Emporium is not going to trick you into thinking these are genuine pieces. They’re just artistic display pieces for fans of horror flicks, the supernatural, and the occult.

Perhaps someone could make a zombie-killing kit as well.

The 19th Century Traveling Vampire Hunting Kit features items artificially manufactured and aged using modern technology to resemble the tools used in that time period. While they’re not the exact items used by actual vampire hunters, they’re as close as you can get to the real deal.

There are plenty of ways to kill or ward off vampires. And this kit has most of what you’ll need to do so, from a vial of salt that could stop them dead in their tracks to a wooden stake that can pierce through their hearts.

This kit looks so real that someone could mistake it for something that came from a museum or an auction. It’s a great display piece that fits in any glass cabinet as a unique and unusual piece of art. It can also help spruce up your vampire hunter costume.

Depending on what vampires you’re talking about, the answer is both yes and no. If you’re talking about people with fangs who can turn into bats, then no. But if it’s people who like drinking blood, then yes. There are said to be thousands of these self-proclaimed vampires, who drink blood in the shadows.

Can this Hunter kit really repel or kill vampires?

Going by the multitude of movies, shows, books, and whatnot, yes, this 19th Century Traveling Vampire Hunting Kit should kill, or at the very least, keep them away from you. Then again, there’s never been any scientific proof that these methods work as there have never been any actual vampires to try them on…yet. 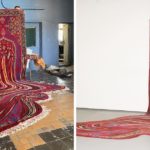 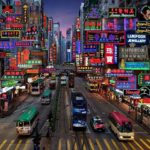