If you’re thinking that New York is an unprecedented melting pot of different cultures, you should’ve seen it a hundred years ago. It’s when immigrants from all over the world with all imaginable cultural backgrounds came to plant that seed of an American dream in Ellis Island, New York. But wait, actually… You don’t have to imagine it, just follow us and we’ll take you there.

Thanks to the chief registry clerk at Ellis Island and amateur photographer Augustus Francis Sherman, we are now able to witness the incredible diversity among those 12 million people who immigrated to the USA between 1892 and 1954. These photos, specifically, have been taken between 1906 and 1914 and show that migration like this was a big deal back then. People usually took all the valuables they had and dressed in their finest clothes for the trip, showcasing the same incredible diversity that laid the foundations for what we know as the USA today.

The guys at Dynamichrome managed to improve on these invaluable shots even more by colorizing them and putting a cultural backstory behind them as part of the crowdsourced book The Paper Time Machine.

The elaborate tartan headpiece worn by Guadeloupean woman can be traced back to the Middle Ages, when the eastern Indian city of Madras was famed for its cotton-making. First plain, then striped, and then with increasingly elaborate patterns, the Madras fabric that was exported and used as headwraps was eventually influenced by the Scottish in colonial India, leading to a Madras-inspired tartan known as ‘Madrasi checks’, which in the colonial empires made its way to the French-occupied Caribbean. Like many of the traditional costumes from all over the world, the headpiece decoration in many cases was indicative of the married status of the wearer.

This particular crojoc – an embroidered sleeved sheepskin coat – is much plainer than the shepherd’s version, making it a more practical, work-oriented coat, suggesting that the subject is of the working class, given the lack of decoration and the straw hat. The waistcoat, known as a pieptar, is worn by both men and women, and smaller waistcoats were made from lambskin.

Gákti is the traditional costume of the Sámi people inhabiting the Arctic regions spanning from northern Norway to the Kola peninsula in Russia. Traditionally made from reindeer leather and wool, velvet and silks are also used, with the (typically blue) pullover being supplemented by contrasting colored banding of plaits, brooches and jewelry. The decorations are region-specific and the gákti is used in ceremonial contexts such as weddings, or signified whether or not one was single or married, but also served a working dress when herding reindeer.

The topi (a word to denote ‘cap’) is worn all over the Indian subcontinent with many regional variations and cultural significance, and is especially popular in Muslim communities, where it is known as a taqiyah. Both the cotton khadi and the prayer shawl are most likely handspun on a charkha, and were used all year round.

Dominating the photograph is a traditional shepherd’s cloak known as sarică, made from three or four sheepskins sewn together with the fleece facing outwards and generally extended to below the knee, which could be used as a pillow when sleeping outdoors. Sheepskin was also used to make the shepherd’s cojoc, an embroidered sleeved coat that had tassels, leather strips, and other small decorative elements added. This particular example wasn’t likely used for practical purposes given the amount of decoration adorning it.

Historically inhabiting the kingdom of the Rus, ranging from parts of modern-day Slavic-speaking countries, this example of Ruthenian traditional dress consisted of a shirt and underskirt made from linen that was embroidered with traditional floral based patterns. The sleeveless jacket is constructed from panels of sheepskin.

Evolving since the 1750s, the Danish dressed simply, with more decorated attire for special occasions such as weddings or Sunday church. As with many nations before mass industrialization, much of the clothing was homespun by Danish women or a professional weaver and were usually made from wool and flax, which were warm and relatively easy to acquire. Cuts and patterns were largely regional with a limited palette derived from vegetable dye. Men often wore several shirts underneath their jackets, and the addition of silver buttons on the jacket and other decorative details indicated an individual’s wealth and origin.

The large bonnet, which arguably is one of the most recognizable aspects of Dutch traditional dress, was usually made of white cotton or lace and sometimes had flaps or wings, and often came with a cap. The rest of the costume came in distinctly regional variations, made from cotton, linen, or wool and decorated with embroidered floral patterns. A sleeved bodice covered the top half of the body and came in a dark color, contrasted by a colorful tunic as seen in this photograph.

This traditional dress was most likely homespun and consisted of a long, wide dress to cover the ankles. Above, a bodice and sleeves were tied in such a way to expose portions of the linen blouse and colors and materials were usually regional. Shawls and veils were also a common feature, and an apron decorated with floral brocades were used for special occasions such as weddings.

Hailing from the Germanic-speaking region of Alsace (now in modern-day France), the large bow, known as a schlupfkàpp, was worn by single women. The bows signified the bearer’s religion: black for Protestants, while Catholics favored bright colors. 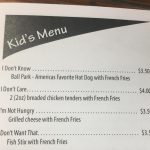 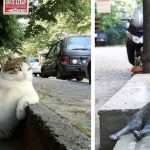