Sibling rivalry often drives them to compete against each other in the same activities. However, it’s quite rare to see siblings who, instead of competing, try to support each other. One of the amazing examples of it is two sisters, Charlotte and Abby Roberts, who both share an amazing talent for makeup. What’s even more impressive is that the makeup duo constantly supports each on social media by promoting each other’s work. Sister goals, right?

18-year-old Abby and 16-year-old Charlotte both became interested in makeup at a very young age. “I started practicing makeup for fun when I was around 11 years old, so I’ve been doing makeup for 7 years now, but I’d say that I only really started taking it seriously and doing the creative stuff you see today 1-2 years ago!” Abby told Bored Panda. Charlotte, the younger sister, says she started doing makeup when she was 11 and her sister contributed to her interest in it. “Abby really inspired me to start trying makeup as we had always done arts and crafts together when we were younger and then when Abby started using makeup, it prompted my interest too. Also watching a lot of YouTube makeup tutorials really made me want to learn how to do makeup myself!” Charlotte said. Both sisters revealed that they would love to continue doing makeup as a career.

The makeup artists admit that people are quite impressed with their skills, after all, not every makeup artist can turn themselves into virtually any pop culture character using only makeup.

“Most people are amazed by how makeup is able to transform the face!” said Charlotte. However, they both reveal that people’s reactions are not always positive. “Occasionally I’ll post a look that is a bit controversial for example something that creeps people out (my telly tubby one was definitely one of these) and then the responses can be very mixed haha!” Abby said.

It doesn’t come as a surprise that Charlotte and Abby support each other on social media because they are just as close in real life too.

“Me and Charlotte are very close, we’re pretty much best friends and do everything together! We’re always bouncing ideas off of each other and we’re brutally honest with each other which I think is crucial when trying to come up with good look ideas,” said Abby. “I definitely think [Charlotte] looks up to me and I’m always giving her advice whenever I can. I know how difficult the world of social media can be going into it with no guidance. I had to figure everything out for myself so I try to help Charlotte to learn from my mistakes,” she added. 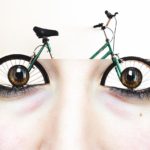 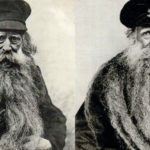