New York based photographer Spencer Tunick is best known for his large-scale nude photographs. Since 1994, he has photographed over 75 human installations around the world.

For his projects he searches for several hundreds of volunteers, asking them to remove their clothes and to pose nude in massive groups. After collecting enough life models, Tunick grades them by gender, long hair, age or other characteristics. His philosophy is that “individuals en masse, without their clothing, grouped together, metamorphose into a new shape.” He aims to create an architecture of flesh, where the masses of human bodies mingle with the landscape and architecture. 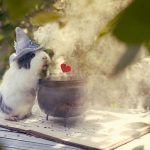