With the new coronavirus pandemic in full swing and amid a shortage of face masks in our local pharmacies, let’s learn something new about this (now) really precious object.

According to the book by John L. Spooner titled “History of Surgical Face Masks: The myths, the masks, and the men and women behind them,” face masks first appeared at the end of the 19th century and were used by doctors during surgery to prevent bacteria from entering wounds.

In 1910, China adopted them to stop the spread of pneumonic plague. Since then, they have been used by people all over the globe as a means of protection from air pollution or a disease.

A horse equipped with a gas mask as a precaution against gas attacks. London, 27 March 1940 (AP Photo)

The British government’s new gas mask for babies under two, technically known as a baby helmet, was demonstrated for the first time on March 13, 1939, at the Holborn Town Hall in London. (AP Photo)

Looking ahead to the possibility that gas masks may some day be a necessary part of their ensemble, these University of Detroit students are trying out masks in a practice drill on the campus June 23, 1942. (AP Photo)

War jitters has Manila trying on gas masks. Most of the masks are imported from the U.S. some of them are manufactured locally. Shown, what the well dressed Filipina will wear en route to the air raid shelter in Manila, Philippines on August 5, 1941. (AP Photo)

A British bobby, policeman, covers his mouth and nose with a mask to protect himself from the sulphurous smog in England on Dec. 5, 1962.

A tin can, clothes pin and some chemically-treated absorbent material make up this home-made gas mask designed and worn by Vernon A. Bowers, a chemist in Baltimore, June 4, 1942. (AP Photo)

Picture dated 1948 showing children wearing masks to protect themselves from irradiation in the devastated city of Hiroshima after the US nuclear bombing on the city 06 August 1945 during World War II. (AP Photo)

The Beatles are wearing the masks against the effects of fog. The famous beat group from Liverpool–George Harrison, Ringo Starr, John Lennon, and Paul McCartney , from left to right as they arrived for a concert in Ardwick, Manchester, December 7, 1965 wearing masks. (AP Photo)

Eric Waltham wears a gas mask while trying to find his way past a roadblock leading into the evacuated city of Mississauga, Ont., Canada, Nov. 12, 1979. The mask was to protect him from any possible eye and breathing problems that were reported in the area. A chemical train derailment caused the evacuation of 220,000 residents.

An office worker wearing an anti-flu mask sits at her type-writer in London, on January 1, 1970. (AP Photo)

Nurses in sterilized masks capping and topping bottles of blood at an army blood supply depot, somewhere in England, circa 1943. (AP Photo)

Fifteen-year-old Heidi Havens gives Allen Troup, 16, a kiss as he prepares to board a Spokane City bus, May 27, 1980. Spokane residents have had to wear face masks while outside for days because of possible health threats from volcanic ash sprayed over the area by Mount St. Helens. (AP Photo) 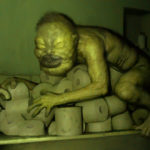 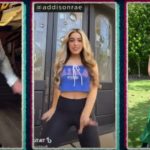