According to Kate: “I am a self-taught painter and sculptor, making surreal/psychedelic art via 3D & 2D digital compositions. Heavily inspired by nature, dolls, fractals and psychedelic experiences, I like using these elements to express the beauty and pain of being human.”

“Writing was my first love since early childhood and was my only creative outlet. I had always been a huge lover of music and visual arts but it never occurred to me to become an artist myself.

For financial reasons, I did not pursue a writing career and instead, I studied Information Technology and worked as a full-time software engineer since 2010. During my college years, I took interest in filmmaking so I started my masters in Media Studies (major in Film) in 2012, but I dropped out a year later.”

“I suffered from depression and self-destructive behaviors most of my early life. In summer of 2016, I accidentally ingested huge amounts of psilocybin mushrooms and experienced momentary ego death, and this experience alone has opened my mind and guided me towards healing. As I explored psychedelics further, I also fell in love deeper and deeper with art, then I finally taught myself how to draw and paint.”

“In 2018, I also studied sculpting with clay, something I thoroughly enjoyed, which eventually sparked my interest in digital 3D. Nonetheless, making art had always been merely a hobby; I never really took it seriously until I found myself with a pile of artworks and I had no idea what to do with them :)”

“On my birthday in 2020, I got diagnosed with triple-negative breast cancer. I started chemotherapy immediately and took several months off work. My physical and mental health rapidly deteriorated from the treatment, but on the other hand, I had so much free time which gave me a very unique opportunity to really focus on making art.”

“In March 2021, a friend introduced me to NFTs and we decided to dive into it together (this was during the last leg of my treatment, and I was already approaching the limits of my patience and endurance). Within the first three weeks, some of my work got sold on NFT Showroom and Hic et Nunc, and on the fourth week I made my first sale on Foundation. Shortly after, I got accepted into Known Origin and my genesis piece was sold two weeks later.”

“I had always been a massive consumer of art, and I see this insane journey as life’s way to offer me a chance to give back, to become a creator and bring joy to others in the same way that my favorite artists brought me so much joy and amazement.” 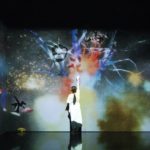 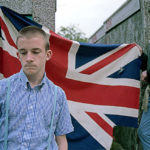