War Omen
War arrives, with deafening roars, endless flame, and an unquenchable hunger for destruction. He hides in no shadow preferring instead to be seen by all, for the more who see him the more his deeds can be spread.

According to Adam Burn: “A few years back I started a personal art project redesigning the Four Horsemen of the Apocalypse in my own style, dubbing them Omens.

Starting with Death I went back and forth for some time as I learnt new techniques and developed the style of the project further.

Eventually, I finished Death and moved on to War, then Plague, and finally Conquest. Along the way I decided to add a more human element to the designs, also an excuse to work more on character concepts, this resulted in the Harbingers, devout followers of the Horsemen that precede the main Omen.

Whilst exhibiting at various comic conventions these images went down very well, many asking if the project would continue beyond the Four Horsemen and if so how.

I finally created a Patreon project to not only fund the project but also allow people to see how an image comes together, from initial reference gathering and mood boarding, building up color and texture, and finally to the finished image and giving supporters rewards in the form of prints, PSD files, and limited edition pieces.

The project is very much early in development and I have just started on its next phase, redesigning various gods of ancient Egypt, starting with Anubis.”

Death Omen
Death arrives. Cloaked in ethereal shades and shadows he lurks in the corner of your eye choosing to be seen only by whom he wants. A penetrating coldness, the darkening of light, and the overwhelming sensation of dread and despair signal his arrival. All is quiet, all is still, death is the only constant.

Plague Omen
Plague arrives, through thick choking clouds of flies and spores he descends upon a world and spread vile sickness to all lands. A sickness that penetrates all things, mutating the very land itself. A perverted sickness that prefers to cause unimaginable prolonged suffering rather than death. Look upon his deeds and despair.

Death Harbinger
The herald of Death arrives, silent and shrouded in shadow she moves gracefully with focus, the air freezes, they sky darkens, and all life pauses awaiting the inevitable.

War Harbinger
The herald of War arrives, aggressive, confident, and wrought in flame she flaunts her destructive nature preceding the arrival of a far more destructive force.

Plague Harbinger
The herald of Plague arrives. Life wilts and transforms around her, wherever she treads the land and air turn sour and become tainted by mutation and sickness. She heralds the arrival of the great plague.

Conquest Omen
Conquest arrives, draped in luxurious fabric, gilded in gold, and cast in pale white marble, one would be forgiven in thinking this was a creature of angelic origin. You would be wrong.

Conquest wields no weapon, not in the traditional sense, it uses instead the powers of deception. It appears angelic and lulls its victims in with its appealing aesthetic all the while whispering into their ear, planting seeds of treachery, paranoia, jealousy, and mistrust. Turing friend against friend, brother against brother, country against country. The great deceiver has ended whole empires with simple words and suggestions.

Peitho, Harbinger of Conquest
Clad in gold and white gilded marble, Pietho looks as angelic as her master, but much like Conquest she is no angel. Do not let her looks deceive you for she is only interested in furthering her masters quest to spread distrust, jealousy, and pain.

Whitby Steampunk
A group of airships approach Whitby Abbey using it as a mooring point, an image set in an alternate Steampunk universe of my home town.

Victorian Pride
The Royal airship, Victoria, hovers silently next to Elizabeth Tower. Bellow the gilded gold giant plumes of black smoke rise from the many coal stacks littering the area. The ship sits as a stark contrast between royal opulence and civilian toil.

Norse Trilogy: Sky Break
As our ships brave the storm and move ever closer to the final battle a mythical adversary bursts through the clouds.

Norse Trilogy: Confrontation
The further they go, the stronger and more ferocious the foes.

Lava Dragon
Born in the heart of a volcano, anyone that can tame the Lava Dragon wields a truly devastating power.

Deaths Remnant
The ancient deity of a once powerful civilization is immortalized in cold rock hewn from a single mountain. The sheer magnitude of the accomplishment is beyond comprehension as a lone scout comes across the monolithic statue. But what of the civilization that created it?

Wrath of the Gods
A city carved from the mountains, a symbol of their power and a sign of their devotion to their powerful gods. But something has angered these gods and they have returned.

Infinite Legends
An eternal battle rages on the surface of each star, a never ending dance of angel vs demon. The stars surface erupts into specters, fighting until they fall back to the surface before once again erupting into fiery combat. A never ending cycle.

Guardians
An ancient civilization marks its empires borders with imposing rock statues, an intimidating sight expressing the power, organisation, and scope of the empire they watch over.

Despair
Inspired by the old masters I tried to bring my own style and flare to classical themed paintings. Distressed and alone, a mysterious stranger is comforted by an angelic being. 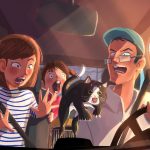 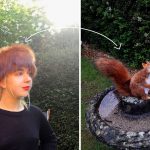