For ages now, the spotlight has been on all of Disney’s princesses and a number of protagonists from the various animated series and movies that Disney has created over the decades.

However, they didn’t forget to include a number of memorable doggie characters, like Pluto, Dug, and all of the pooches from the Lady and the Tramp movie, just to name a few. In similar fashion, among the myriad of Disney-themed filters, the world has been graced with a filter for your dog—one that transforms your dog into an absolutely adorable (well, more absolutely adorable) Disney version of your doggo.

So, Snapchaters can now get their hands on a filter that turns their beloved dogs to cuter, Disneyfied versions of their dogs, and the internet has been going nuts about it.

Even though the app itself does not deliberately say it’s a “Disney” version as the filter is called “cartoon face”, we all recognize that aesthetic and it’s safe to say that it’s definitely a Disney-inspired dog filter rather than inspired by anything else.

A Facebook user by the name of Danielle Sugden has recently found the filter and tried it out on her doggies, and the results were nothing but adorable and simply fantastic.

Her cute poofballs were instantly transformed into Disneyfied pooches with exaggerated puppy eyes and obligatory eyebrows. Turns out, the app only recognizes the eyes and stylizes them. The booper snoot and bleps stay original, but certainly doesn’t fall out of context aesthetically.

The app’s facial recognition tech also allows for various facial expressions, mainly pertaining to how the eyes turn out. You see, it recognizes when the dog is squinting or closing its eyes. Given the vast number of breeds and facial doggie expressions, the possibilities are endless. And that’s exactly the path the internet went down.

Her post on the Dogspotting Society Facebook group was seen by thousands of people, garnering over 14,000 reactions with 3,000 shares and over 5,500 comments in less than a day. The best part is that many of those thousands of people went ahead and tried out the filter for themselves. Oh, and you better believe it’s as amazing as it sounds.

This was also the moment when people kind of understood that the cartoon face filter was actually designed for human faces as it’s not ideal in how it recognizes a dog’s face. But, you know what, it doesn’t matter—it works with virtually all dogs, hence it’s a dog filter and it will stay that way.

Heck, try it out with your cats and other floofy poofballs around the house, see how much you can Disneyfy your pets using the app! 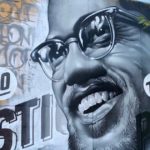 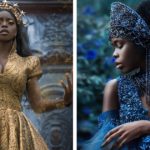