Following the Crash of 1929, which occurred on October 29, 1929, people quickly found that the jobs they thought were secure, were not only not secure, they were gone. That day became known as Black Tuesday. It was the day the stock market took a huge hit, as investors traded some 16 million shares on the New York Stock Exchange in a single day. Billions of dollars were lost, wiping out thousands of investors. The Great Depression followed the crash of 1929… banks failed, businesses closed, city streets were desolate, families lost their homes, and unemployment in rose to nearly 25%.

The crash was the culmination of many years of economic instability. In the middle part of the United States, the depression occurred during the drought season. The farmers quickly lost their lands, because their crops died out, and many became migrant workers. They traveled around the country, hoping to find work for all members of the family in exchange for a meal or a place to sleep. Husbands and fathers traveled great distances from their homes in search of any work that they could find. There was no work anywhere. Times were just about the worst they could possibly be.

Architects, bankers, engineers and educators suddenly found themselves standing in long unemployment lines, competing for menial, basic jobs with pay that was barely enough to put food on their tables. Men who had defined themselves by taking care of their families, being the breadwinner, struggled with the emotional depression that came with the economic depression. As men traveled farther and farther away from home looking for jobs, they are forced to find lodging in public housing or shelters, waking up to begin job hunting again the next morning. Husbands and fathers who had previously earned enough money to feed and clothe their families were forced to stand in bread lines to receive free food so their families would not starve.

People became so desperate for work. As men went from town to town, they were met with billboard signs telling them to keep going, because there was no work in the town. Men with families even got their children involved, carrying signs asking why no one would hire their dad. Then men started wearing their resume on cardboard placards that they wore as they walked along. It seemed incredulous to the men who had been in higher paid jobs, that they could no longer find work… even with their qualifications.

Signs like one saying, “I know 3 trades, I speak 3 languages, fought for 3 years, have 3 children and no work for 3 months. But I only want one job,” appeared everywhere. Times couldn’t possibly get worse. While there’s no consensus about the exact end of the Great Depression among economic historians, the unemployment rate remained high for the rest of the 1930s, even as the banking crisis eased up. One major event, however, shifted the focus of the country away from the Great Depression. After the Japanese attack on Pearl Harbor on December 7, 1941, millions of men and women would join the work force as the US entered World War II. 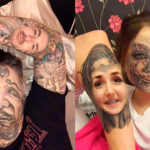 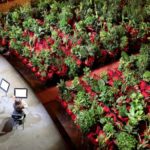