In his color-saturated series ‘Young Wild & Free’, Beijing-based photographer Wang Wei has captured the exuberant youth of his hometown on 35mm film.

Named after the Snoop Dogg track ‘Young, Wild & Free’—whose lyrics espouse genius like “So what we get drunk/ So what we smoke weed/ We’re just having fun/ We don’t care who sees”—it’s unsurprising that there is no message behind Wei’s series: It is neither an ode to youth nor an attempt to tell a story of conceptual depth. Instead, it documents that period of life that seems endless while you’re living it, and all too brief once you’ve moved beyond it. In his signature style, Wei has captured with humor the raucous period of youth—from lazing in supermarket aisles, to spit competitions and passionate make-out sessions. If there’s one point that rings clear in this series, it’s that when life barrels along at a speed that seems too fast, you just have to hold on and enjoy the ride. 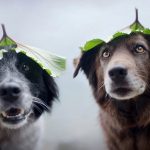 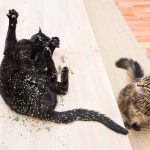