The world’s largest figure of Jesus Christ in Świebodzin has been blessed with newly installed equipment for commercial broadcasting of Internet signals – inform Fakt 24.pl. The antenna assembly was ordered by the parish priest in Świebodzin, the main initiator of the construction of the monument.

The community denies that it knows about the antennas, and the internet provider informs that the priest “wanted to have internet for monitoring in the parish”

Few Journalists gave their best to discover what is going on there, so they lifted up their drone and managed to photograph the statue of Christ from the birds perspective. Truly a miracle was there, as the images clearly show, several visible antennas are on Lords head.

The representative of the Internet provider confirmed that the transmitters are needed to distribute the network, including to the nearest villages. He refused to disclose the details of the contract, but added that the local arrival is necessary for the video surveillance system and their agreement is completely legal.

The church refused to give comments to journalists, as well as in the administration of Swiebodzin. The experts interviewed by them noted that the antennas at this height are ideal for distributing the ubiquitous Internet. How will the locals feel now when they know their internet browsing sessions are going directly over the lords head? Who knows, maybe Jesus will not like some website that you visit in the dark hours of the day!

The statue of Christ the King in Poland is 33 metres (108 ft) tall, the crown is 3 metres (9.8 ft) tall and along with its mound, it reaches 52.5 metres (172 ft) overall. It took five years in total to construct and cost around $1.5 million to build, which was collected from donations of the 21,000 residents of the town. The project was conceived and led by Sylwester Zawadzki, a retired Polish priest. It is the tallest statue of Jesus in the world. 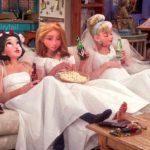 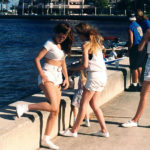