Roberts Cottages, Oceanside, CA, USA
Photo: @paulfuentes_photo
This post may contain affiliate links. If you make a purchase, My Modern Met may earn an affiliate commission. Please read our disclosure for more info.

Have you ever seen a place that looks like it could be in a Wes Anderson film? Whether it’s a candy-colored interior or a small building dwarfed by an impossibly large mountainscape, these enchanting places exist all over the world. The Instagram account Accidentally Wes Anderson (AWA) began in 2017 as a personal travel bucket list for creator Wally Koval and quickly transformed into something much greater and global. Now, the popular profile has 1.2 million “adventurers” (and growing) who not only marvel at these quirky locales but contribute their own photos and travel tips.

Each post in the AWA feed features an image that could be plucked from the likes of The Grand Budapest Hotel or Moonrise Kingdom. The caption offers context—giving information about its location, history, and design—but always invites others to share their knowledge of the place by adding a comment.

“It’s a community with a capital ‘C’,” Koval tells My Modern Met. He sees himself as the manager of it all, but the content only grows richer as more people take part. And like any community, it grows and changes. Some people refer to AWA in planning their next great trip while others use it for decorating and include the photos in mood boards. And for others, the spirit of these images—which are often taken at everyday sites or are off the beaten path—inspires them to look close to home to see what incredible places lie near.

AWA has recently been published as a book of the same name. With a foreward from Wes Anderson himself, it features more than 200 locations and includes stunning photographs that were snapped by photographers in 50 countries. They represent a cross-section of the world and prove how there is a global interest in finding beauty in the idiosyncratic.

The Accidentally Wes Anderson book is now available on Amazon or through Bookshop, where you can support local bookstores.

Accidentally Wes Anderson is a large online community that shares locales that recall the eponymous director’s films and overall aesthetic.

Koval has compiled the photos into a book of the same name. It shares photos and stories about curious sites around the world. 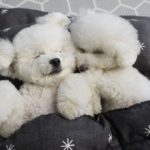 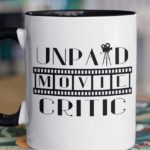