In the sixteen months since the untimely passing of chef and author Anthony Bourdain, friends, family, and colleagues have continued to keep his legacy alive. Bourdain was perhaps best known for exposing the public to new culinary cultures via his TV shows like No Reservations and Parts Unknown, where he traveled the world to explore the tastes of different countries. Now, the public can carry a piece of Bourdain’s memory with them, as nearly 200 of his personal items are up for auction.

Lark Mason Associates has organized the auction, which is taking online bids at iGavel Auctions until October 30. A significant amount (40%) of the hammer price will go toward the Anthony Boudain Legacy Scholarship. Established at The Culinary Institute of America—Bourdain’s alma mater—it will allow students to carry on his globetrotting legacy through the college’s global cuisines and cultures international programs. The remaining profits will go to the Anthony Bourdain Estate, which benefits his young daughter.

“We are deeply honored that the Bourdain family has chosen to further Anthony’s curiosity and passion for learning through this generous donation that will support CIA students in their journeys,” said Dr. Tim Ryan, CIA President. “The ability to travel and experience other cuisines and cultures first-hand is a priceless gift that will ensure that his legacy lives on in the future leaders of the food world.”

A look at the items for sale shows Bourdain’s eclectic tastes and love for different cultures. African masks and Thai figurines sit alongside vinyl records by Velvet Underground and Alexander McQueen skull cufflinks. As nuanced and complex as the man himself, his personal collection is a full picture of the many sides of Anthony Bourdain. The auction also has a rich selection of paintings, particularly by Canadian artist and writer Brad Philips. Bourdain was an avid collector of Philips’ photorealistic artwork, and the auction has eight of his canvases for sale.

Of course, the auction would not be complete without signature items that recall Bourdain’s profession. Among the lots are several items related to his work as an author, including manuscripts, short stories, poems, and the original idea for his iconic Kitchen Confidential. But perhaps the biggest highlight of the auction is Bourdain’s bespoke chef’s knife made by renowned craftsman Bob Kramer. Symbolic of his love for authenticity, the chef’s knife encompasses all of Bourdain’s passions.

Bidding is open until October 30 on iGavelAuctions. Exhibitions of select items are taking place at Lark Mason Associates in New York and Texas.

Nearly 200 items from Anthony Bourdain’s estate are up for auction.

“Cristine and Me as Still-Life” by Brad Philips. Oil on canvas.

“The Sky is Falling, I am Learning to Live with It” by John Lurie. Watercolor.

Proceeds will go toward the Anthony Bourdain Legacy Scholarship at the Culinary Institute of America.

World’s Cutest Fishmonger Has Four Legs Up on the Competition

19+ Bakers Whose Awe-Inspiring Cakes Capture the Beauty of Nature 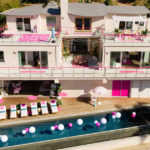 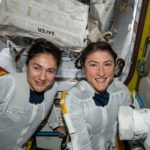