Korean-born artist Ran Hwang is known for her ingenious use of materials to build up contemporary installations. Using beads, buttons, and pins, she works meticulously to create textural artworks that are stunning from both afar and up close. With her Palace Series, she applies this technique to traditional Korean architecture and the results are astonishing.

Hwang was inspired by the five grand palaces of Seoul—Gyeongbokgung, Changdeokgung, Gyeonghuigung, Deoksugung, and Changgyeonggung. By reinterpreting these landmarks, she aims to explore the futility of human desire and its delusions.

By placing the pins at different levels, Hwang brings dynamism and perspective to each piece. As the architectural elements of these palaces are elongated and distorted, they play with our expectations. Each feels at once familiar and foreign.

“My main intention of creating these distorted architectural structures is to show the tension between the limitations imposed by our current society and the human desire for freedom,” Hwang tells My Modern Met. “I’m hoping that viewers can get some time to contemplate and reflect on current society. I put a lot of effort in giving shape to the idea and concept in my works.”

These detailed installations require intense thought, both in the planning and execution. “I take a performative approach,” says Hwang, “by going through a laborious, ritualistic process of repetitive hammering as if practicing Zen Buddhism to depict the arduous time on reflecting ourselves and the desireful society.”

As a whole, the Palace Series is a fascinating meditation on tradition, patience, and the human spirit.

Each piece is composed of thousands of pins, beads, and buttons.

More Astonishing Murals Made of Buttons, Beads, and Pins

Beautiful Cherry Blossoms Made of Beads, Buttons, and Pins 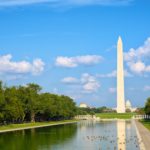 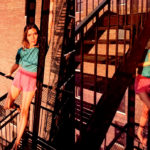