While many Buddhist monks take a vow of silence as part of their practice, one monk named Yogetsu Akasaka is making some noise. The Tokyo-based, 37-year-old Buddhist monk creates music for meditation, but his songs aren’t like the instrumental tracks you may have heard before. Akasaka modernizes the genre by using a loop machine and his own beatboxing skills.

Akasaka started making music as a teenager, and began beatboxing in his early twenties. He became a monk five years ago, following in the footsteps of his father (an abbott at a temple in rural Iwate Prefecture). When he’s not carrying out his daily duties, he’s making experimental music. The talented musician recently went viral after he posted his video Heart Sutra Live Looping Remix. Using a machine called Loopstation RC-505, he cleverly layers beatbox sounds and chants. The hypnotizing composition sounds like it takes multiple instruments to create, but it’s actually created using just one—his voice.

In addition to his hit recording of Heart Sutra, Akasaka also publishes daily livestream performances. For the last two months, he’s been treating his 25,000 YouTube subscribers to relaxing beats in a variety of themes. He often incorporates different instruments, allowing him to experiment even further with looping sounds. “I have had fans tell me that they were able to sleep well and relax due to my beatboxing videos, which is absolutely amazing,” he says. “I am honored to be able to combine my passion with my religious beliefs, and that this has impacted people around the world.”

Check out some of Akasaka’s incredible meditation music below.

He uses a loop machine and his own beatboxing skills to create hypnotic sounds.

Akasaka isn’t the only musical monk. This musician known as Kossan performs covers of rock anthems.

All images via Yogetsu Akasaka.

Japanese Yamabushi Monks Who Trek Up Mountains and Across Waterfalls Barefoot 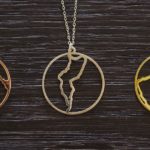 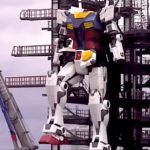