The next time you step up to the check out line, take note of how many plastic bags you’re using. Now do a little multiplication and you will get a sense of just how many single-use plastic bags are used each year. With one plastic bag taking 1,000 years to fully degrade and Americans tossing out 100 billion plastic grocery bags annually, Californians have decided to take action by approving a ban on plastic bags. As the first statewide ban on plastic bags, the California Plastic Bag Veto Referendum (Proposition 67) passed on November 8, 2016 with 51.97% in favor—a move that should help fight against the environmental pollution that plastic bags cause.

While San Francisco banned plastic bags in 2007—the first city in the country—the referendum puts a statewide law into action after, according to the Sacramento Bee, the American Progressive Bag Alliance led a campaign to repeal a 2014 Senate bill that put a ban in place. Thicker plastic and paper bags will continue to be made available, but customers will be charged at least 10 cents per bag—a move made to encourage the use of reusable shopping bags. A similar policy for major retailers in England has led to an 85% decrease in plastic bag usage.

The possibility to cut down on the ocean debris that kills tens of thousands of whales, birds, seals, and turtles each year is a huge victory for the Californians Against Waste. “This is a significant environmental victory that will mean an immediate elimination of the 25 million plastic bags that are polluted in California every day, threatening wildlife,” shares Mark Murray, co-chair of this leading environmental advocacy organization.

And lest you get too protective of your plastic bags, it’s important to remember that they did not come into widespread use in grocery stores until the 1980s and that worldwide bans are growing each year. In 2014, the European Union passed a directive to cut down plastic bag use 80% by 2019, with many European countries already moving toward the use of biodegradable bags or charging fees. Hong Kong, Kenya, and South Africa are just some of the other countries who have instated bans in order to protect the environment. Hopefully California’s decision steps up as a leader on this issue, encouraging other states to follow.

Above image via Victor Andronache/European Parliament 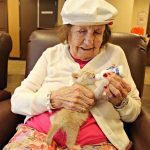 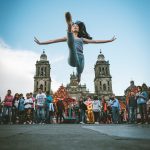