With increasing setbacks due to climate change, people are growing more and more worried about the state of the environment and our direct, individual impact on it. Luckily, one giant company is committed to making big changes in small steps over the next couple of years. LEGO Group CEO Niels B. Christiansen said in a statement, “We have received many letters from children about the environment asking us to remove single-use plastic packaging. We have been exploring alternatives for some time and the passion and ideas from children inspired us to begin to make the change.”

LEGO Group—who’s well-known for its iconic plastic construction toys—is now facing the realities of plastic’s role in global environmental concerns. Since the company’s founding in 1949, it’s been estimated that LEGO has mass-produced about 440 billion plastic parts and pieces. And according to a recent study published in Environmental Pollution, those small colorful plastic bricks could linger in the environment anywhere from 100 to 1,300 years.

This news hasn’t escaped the attention of youngsters who are searching for ways to combat climate change by reaching out to their favored companies to question them about their sustainability practices. Just in the past few months, LEGO has received letters from children detailing their concerns about the company’s products and packaging. Valuing the voices of a huge chunk of their clientele, the massive toy guru is now committing to a $400 million dollar sustainability overhaul for the next three years.

One of the company’s loftier goals is transitioning all its products into more sustainable material by 2030. This includes all of the packaging made sustainable by the end of 2025, and its manufacturing operations to become truly carbon neutral by the end of 2022. “We cannot lose sight of the fundamental challenges facing future generations,” Christiansen admits. “It’s critical we take urgent action now to care for the planet and future generations.”

In the interim, LEGO is planning to replace the plastic bags that contain the toy pieces with paper bags. The bags will be recyclable and made with Forest Stewardship Council-certified paper. Some of these shifts from LEGO have been directly influenced by the letters from children themselves. As eight-year-old Hannah from the U.K. remarks, “I thought it was a bit silly that the Lego Friends ocean rescue set came in the plastic bags that are harming our beautiful sea creatures.” Another letter from a child echoes in, “I have a complaint about your packaging. I find it very unnecessary to use so much plastic and would like you to use an environment-friendly substance instead. Please change your plastic packaging.”

Although the process will take time, the immediate actions of LEGO is giving hope and validity to the young voices who are committed to engaging in practices of sustainability and building their future.

Children have been writing letters to LEGO, asking the plastic toy company to address its sustainability practices.

Now, LEGO is responding with a big plan to completely phase out plastic packaging and replace it with paper (a far more sustainable material) within the next five years.

All images via IKEA. 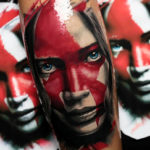 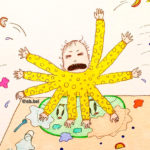