Home of tech and a city of start-ups, San Francisco has become a major destination for young professionals all over the world. Lukas Yla, a 25-year-old marketing specialist from Lithuania, moved to the city by the bay over the summer, where he hoped to land the job of his dreams. He soon realized, however, that finding work in such a competitive field would require him to think outside the box. And what better box than one filled with baked goods?

Disguised as a courier for Postmates, a food delivery service, Yla visited 40 prospective tech and creative employers bearing boxes of donuts from Mr. Holmes Bakehouse, a popular pastry shop. Each special delivery, however, contained more than just sweet treats—Yla’s resumé was actually taped inside, prefaced with an explanation for his antics and featuring a link to his Linkedin profile. While Yla had to leave some of the crafty parcels with reception, he was able to hand-deliver the majority of his goods to the intended recipients.

His sneaky and sugary approach has proven quite successful; he has reportedly been offered 10 interviews. Through an innovative marketing technique, Yla has proven that the key to a successful job hunt really is self-promotion—and maybe some free donuts.

All images via Lukas Yla unless otherwise stated. 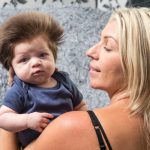