Modern art had a number of stylistic shifts, but few were as sublime as color field painting. The term applies to artwork featuring large areas of flat, single hues. The method first emerged during the late 1940s when several abstract artists attempted to create a new form of art. They wanted to evoke emotion and ideas purely through color itself rather than render recognizable, illustrative scenes and forms. Instead, the background and foreground of the painting are one, and the space of the picture—conceived as a “field”—seems to consume both the canvas and the viewer’s vantage point.

The movement was pioneered by abstract expressionist artists Mark Rothko, Barnett Newman, and Clyfford Still. By the late 1950s, a new generation of color field painters started to emerge, and the popularity of the style continued among modern artists until the mid-’60s. Read on to discover the key artists who spearheaded the innovative movement.

American painter Clyfford Still is believed by many to be the first artist to arrive at the style of color field abstraction. His mature work features bright fields of hues on a monumental scale, evoking dramatic tension. “These are not paintings in the usual sense,” he once said. “They are life and death merging in fearful union… They kindle a fire; through them I breathe again, hold a golden cord, find my own revelation.”

Mark Rothko never officially called himself a color field painter, but he is considered by critics as one of the key pioneers of the style. Famous for his giant canvases featuring large sections of pure hues, Rothko believed color could tap into our innermost emotions. His choice of pigment reflected his mood at the time. When he first adopted the color field style in the 1950s, he painted with bright, warm hues. However, as the years passed and his mental health deteriorated, he began using somber blacks, blues, and grays. He was once quoted saying, “If you are only moved by color relationships, you are missing the point. I am interested in expressing the big emotions—tragedy, ecstasy, doom.”

Barnett Newman believed, “A painter is a choreographer of space.” The American artist invented what he called the “zip,” a band of vertical color that set his work apart from his fellow abstract expressionists. One of his most famous paintings from 1950-51, titled Vir heroicus sublimis (“Man, heroic and sublime”), measures an epic 95 by 213 inches and was his largest painting at the time. It features large fields of bright red that are broken up by the occasional, vertical “zip” lines. With its overwhelming scale, Newman attempted to evoke a strong reaction from the viewer and completely envelop them—and their personal space—in the vibrant hue.

American painter Kenneth Noland is known for his simplified abstract forms, including circles, chevrons, and stripes. His minimalist compositions were not intended to depict an object but were solely a means of exploring pure color. His slightly irregular circular works feature varying hues that both complement and contrast against the other. The effect is a lively energy that seems to vibrate from the canvas. Noland once said, “I think of painting without subject matter as music without words.”

American artist Helen Frankenthaler played a crucial role in the evolution of color field painting, as she developed her own breakthrough technique for filling canvases with large fields of color. She invented the “soak-stain” process, which involved pouring turpentine-thinned paint onto the canvas. This technique produced vibrant, misty compositions that resulted in an entirely new look and feel to the texture of the canvas. Mountains and Sea (1952) was the first artwork in which Frankenthaler used this process, and when fellow color field artists Morris Louis and Kenneth Noland saw the work, they promptly embraced the method, too.

One of the later color field artists, Morris Louis challenged how color should fill a space. He continually experimented by manipulating large canvases in creative ways in order to control the flow of his acrylic paints. In Delta Theta, a work from his Unfurled series created in 1961, Louis folded the massive—nearly 20-foot-wide—canvas in half before pouring the acrylic paint down its surface. The resulting streaks of rainbow hues appear on the two lower corners of the canvas, while the large central area of the work is left bare.

The Origins of Expressionism, an Evocative Movement Inspired by Emotional Experience

9 Abstract Artists Who Changed the Way We Look at Painting

13 Revolutionary Art Movements That Have Shaped Our Visual History 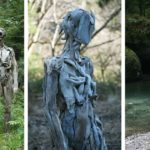 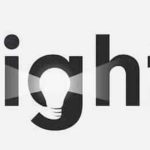