Costa Rica is well known for its lush rainforests, astounding volcanoes, beautiful beaches, and diverse wildlife. The country also has a reputation for actively focusing on climate change initiatives and can now boast the title of running on 100% renewable energy for 76 straight days (and counting).

According to Costa Rica’s National Centre for Energy Control (CENCE), June 16, 2016 was the last day that fossil fuel-based energy was used on the national grid. Throughout August, the country has accumulated 150 days of renewable energy in 2016 alone. (Data for September activity use will be forthcoming.) This is the second time the Central American country has run for more than two months straight on renewable energy. In 2015, Costa Rica powered itself for almost 300 days (in terms of electricity generation) without burning oil, coal, or natural gas.

Costa Rica is unique in that it’s powered on a mix of hydro, geothermal, wind, and solar energy, with hydropower providing about 80% of the total electricity for August. Geothermal plants contributed to about 13% of electricity generation in August, while wind turbines provided 7%, and solar 0.01%.

This impressive achievement is due to a couple advantages the country holds. Costa Rica is only about 19,700 square miles—a bit smaller than West Virginia at 24,231 square miles—and has a population of about 4.87 million people. This small population requires much less energy. Additionally, Costa Rica’s primary industries are tourism and agriculture versus energy-intensive industries such as mining or manufacturing. Heavy rains have also helped four big hydroelectric dams run above their usual capacity, allowing the country to turn off its diesel generators.

Even with these advantages, Costa Rica continues to make sustainability a top priority. The country is leading a massive hydroelectric project called Reventazón, run by the Costa Rica Electricity Institute (ICE). “Revantazón is the largest public infrastructure project in Central America, after the Panama Canal,” explained Mashable’s Maria Gallucci. “The dam’s five turbines will have a generating capacity of 305.5 megawatts – enough to power around 525,000 homes.”

While Costa Rica is undoubtedly setting an example in terms of how much focus it places on environmental sustainability, it also faces its own challenges. The country recently delayed its goal of becoming carbon-neutral by 2021 to 2085. However, based on the progress the country has already made, 365 days of zero fossil fuels is surely on the horizon. 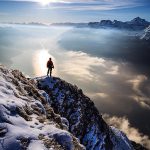 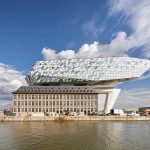