Truth is often stranger than fiction, something John Awesome and Nydia Hernandez prove in their engagement photo shoot after it was crashed in the most hilarious way. The happy couple was having their portraits taken in Holy Jim Canyon in Southern California when they encountered some unexpected visitors. Considering they were in the wilderness, it’d be reasonable to see a four legged creature traipsing by, but no. Awesome, Hernandez, and their photographer Janet Wheeland instead came across a makeup-clad black metal band!

The four long-haired guys were Coldvoid, a local group in the midst of their own photo shoot inspired by the full moon. Wheeland spotted them from afar and had the great idea of posing Coldvoid with the engaged couple in one epic photo. “When you run into a black metal band in the woods during your engagement session you ask them to join in,” Wheeland reasoned to BuzzFeed.

The band was happy to oblige in this “completely random encounter” that resulted in one of the most delightfully bizarre engagement photos we’ve seen. Awesome and Hernandez look as though they’re blissfully in their own world while being surrounded by the eerie sword- and candle-stick-wielding men of Coldvoid. “It was a perfect, spontaneous finale. We couldn’t have planned it better.”

Coldvoid got a mini photo session of their own: 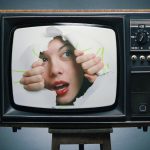 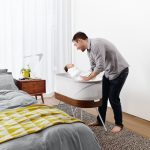