It’s no secret that the ocean is becoming more and more contaminated with plastic waste. And while humans are to blame, it’s the sea creatures that have to cope with the consequences. In a recent video shot by diver Pall Sigurdsson, a tiny coconut octopus (aka veined octopus) swimming in the waters of Lembeh, Indonesia was captured taking shelter inside a disposable plastic cup.

The coconut octopus is known for instinctually protecting itself with shells and other natural items found under the sea, but this particular creature had sadly found refuge in the most unnatural of places. Luckily though, Sigurdsson and his team were on the scene to lend a hand. They spent hours under water to make sure their new friend found a suitable shell to call home.

“We spent a whole dive and most of our air saving this octopus from what was bound to be a cruel fate,” says Sigurdsson. “While a shell is a sturdy protection, a passing eel or flounder would probably swallow the cup with the octopus in it, most likely also killing the predator or weakening it to a point where it will be soon eaten by an even bigger fish.”

The video shows how Sigurdsson and the other divers offered the octopus many shells, before it finally swapped out its plastic cup with the perfect one. “We tried for a long time to give it shells hoping that it would trade the shell,” he explains. “Coconut octopus are famous for being very picky about which shells they keep so we had to try with many different shells before it found one to be acceptable.”

Diver Pall Sigurdsson and his team helped this tiny coconut octopus trade his plastic cup for a the perfect protective shell.

All photos via Pall Sigurdsson.

Starbucks Announces It Will Completely Stop Using Plastic Straws by 2020

European Union Votes for a Sweeping Ban on Single-Use Plastic 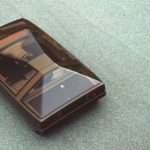 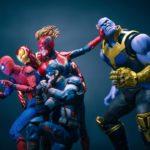