“The Right” by Ren McGann. Winner, 2020 Surf Photo of the Year. “No matter how many trips you do some waves always stand out amongst the rest.”

Nikon and Surfing Australia celebrate the artistry of surfing once again with the 2020 Nikon Surf Photo and Video of the Year contest. Twenty-three finalists were selected from among Australia’s most talented videographers and photographers. In the end, it was Ren McGann who won for his dramatic image, The Right.

Capturing the beauty and intensity of surfing, McGann’s photograph stood out against a strong roster of finalists. Snapped just as a wave is about to barrel around a surfer, the photograph has the perfect balance of light and shadow, with the deep blue color of the water set against a dark sky only enhancing the mood. It also has the right combination of the creativity, uniqueness, composition, and drama that the judges were after.

A panel of 10 expert judges from the surfing industry, including Nikon Brand Ambassador and seven-time World Surfing Champion Stephanie Gilmore, helped select the winning photograph and video. “I really enjoyed being a judge for this year’s awards,” shared Gilmore. “As a photographer myself, I was inspired by the caliber of entries which really demonstrated the unique, creative approach to capturing our beautiful ocean. Congratulations to everyone that entered. I hope the viewers agree with our final choice.”

McGann was joined in the winner’s circle by Andrew Kaineder, who won Surf Video of the Year. His 15-minute short film Flow State follows surfer Russell Bierke as he continues to push his own physical limitations. For their wins, McGann will be awarded with the Nikon Z 6 kit, while Kaineder will take home the Nikon Z 7.

See more thrilling surf photos from the finalists of the Nikon Surf Photo of the Year contest.

“Gun Barrel Highway” by Peter Jovic. Finalist, 2020 Surf Photo of the Year. “This is an image of local shredder, Kael Walsh shot in the South West of W.A.. I was really lucky to have someone who’s so unflappable in challenging conditions taking aim straight into the barrel and seemingly doing it with complete disregard for their own well being. It’s always a really good feeling when shots like this come off.”

“Froth Monster” by Travis Johnson. Finalist, 2020 Surf Photo of the Year. “I was shooting little Harry at a bit of a secret spot the groms love to frequent on the Gold Coast for shallow little drainers and close out barrels. As he took off I moved across the front of him and heard him yelling out as the barrel began to encase him, his eyes wide and looking up at the roof of the wave almost in awe. As I passed through the wave my only thought was “did he make it?” I surfaced on the other side I heard an ecstatic voice yell out “I made it! I made it!”

“The Big Bang” by Ray Collins. Finalist, 2020 Surf Photo of the Year. “A violent ignition of hydrogen and oxygen.”

“Portugal Sunset” by Peter Joli Wilson. Finalist, 2020 Surf Photo of the Year. “Post surf catch up after a late session near Peniche.”

“An Unusual Relationship” by Tom Pearsall. Finalist, 2020 Surf Photo of the Year. “On a deadly wave were most would be in their most critical survival stance Matahi Drollet seems to be greeting an old friend. His face and posture shows no sign of fear or apprehension, just pure joy. A unique spiritual connection between a wave and a man. Shot with 70-200mm whilst swimming in the channel. What a sight to see.”

“David and Goliath” by Andrew Leach. Finalist, 2020 Surf Photo of the Year.

“Flume” by Paul Smith. Finalist, 2020 Surf Photo of the Year. “Taken at Sunshine Beach on the Sunshine Coast while most people were still sleeping. It was one of those perfect swells, and all the elements lined-up wave size, an offshore wind, and just enough light to illuminate the sea spray.”

“Breathing. Surfer Scott Whip Dennis” by Simon Punch. Finalist, 2020 Surf Photo of the Year. “A perspective from deep behind the surfer riding the barrel as the wave breathes back before spitting.”

“No Looking Back” by Peter Jovic. Finalist, 2020 Surf Photo of the Year. “Some heavy water during a solid Indian Ocean swell and an un-named local charger racing the gauntlet as the sun begins to set in the west. There are no helicopters, no fanfare. Just an individual dealing with what mother nature has put in front of him…or behind him. The prospect is (apart from drowning) a long swim in waters that are very lively with large marine creatures.”

“Jack in a Box” by Tom Pearsall. Finalist, 2020 Surf Photo of the Year. “Jack Robinson gritting his teeth and holding his line through a deadly section in remote Western Australia. Shot at f3.2, a 16 thousand of a second and 160mm creates a frozen moment that in real time was violently fast, with an interesting depth of field. As the wave roared past it almost grabbed me and my housing and ground us into the reef.”

“Empty” by Trent Slatter. Finalist, 2020 Surf Photo of the Year.

“Duck Dive” by Matt Dunbar. Finalist, 2020 Surf Photo of the Year. “This is from my first trip to Tahiti I really wanted to walk away with a shot that was different. I was swimming with a big dome port to try and shoot ‘over unders.’ The water clarity was a dream and I got lucky to shoot back as a surfer duck dived. Easily the favorite swim of my life.”

“Cascade” by Ray Collins. Finalist, 2020 Surf Photo of the Year. “Flowing with great rapidity and force.”

“I Can’t Hear You – Mick Corbett – The Right” by Jamie Scott. Finalist, 2020 Surf Photo of the Year. “Mick blew his eardrum on the wave before this one, but in true Aussie spirit he climbed back on the horse and slid into this behemoth…”

Breathtaking Photos of Ocean Waves Capture the Thrill of Surfing 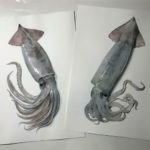