At 20 years old, most people are out exploring and having fun. But, for Victor Chiang, a leg injury that left him bedridden provided inspiration for a new creative passion. Inspired by the rooftoppers he saw on Instagram, Chiang began his own photography journey once he recovered. Now, his own Instagram feed is covered with electric nightscapes of Shanghai and beyond.

While his feed shows plenty of rooftop photos, Chiang also experiments with street photography, giving glimpses of the city through the reflections off wet taxi cabs or through a chainlink fence. Drawing inspiration from Instagram user NKCHU, as well as films like Blade Runner and Ghost in the Hell, Chiang’s vision of his city is edgy and contemporary.

The loneliness that often pervades the photography of rooftoppers is balanced with images of bustling streets and highways streaked with the taillights of cars. Chiang’s is a world where we may be alone for a moment, but never lonely for long. So, how does he hope his work can inspire others? “I hope that people can be more courageous, more open-minded, learning the spirit of love, respect, and peace,” he tells My Modern Met. “That they can live their own lives, not being defined by any outer forces, not compromising to any authorities, any rules, and not living a life unfulfilled.”

Victor Chiang was first inspired by rooftoppers he saw while browsing Instagram.

Over time, his work has expanded to include vibrant street photography that explores Shanghai at night.

He’s always trying to improve his artistry and show the nighttime streets from a different perspective.

My Modern Met granted permission to use photos by Victor Chiang.

Exclusive Interview with a Death-Defying Rooftopper 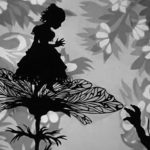 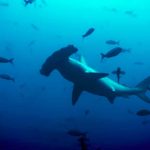