The island of Madeira is known for its dramatic landscape, which includes rugged mountains, volcanoes, and rocky beaches. But one of Madeira’s most unique treasures is an ancient forest where every step takes you inside a scene ripped from a fairy tale. Known for its enchanting morning fog, the Fanal forest is part of an ancient laurel forest. Thanks to incredible images by photographer Albert Dros, we’re transported into this dreamy landscape.

Fanal is part of the Laurisilva forest, a UNESCO World Heritage Site known for its beauty and ecological importance. Incredibly, 15 to 40 million years ago, much of Southern Europe was covered in this type of laurel forest. Now, it can only be found in Madeira, the Azores, and the Canary Islands. Fanal is particularly noteworthy for its hiking trails, which allow visitors to take in the different specimens of trees—some of which are 500 years old.

Dros shows every aspect of the picturesque forest from dusk to dawn. Detailed views of moss-covered trunks and stunning compositions of solitary trees twisting across the landscape bring viewers into the environment. Fanal is particularly known for its fog, which often rolls across the forest in the morning and envelopes the trees in mist. These mysterious images contrast with the mood of the forest during sunset and at night, when the sky provides a canvas of color behind the trees. “Walking around here is simply magical,” says Dros. “With the forest covered in fog you sometimes don’t know if you’re walking in a dream…This forest is something I’ve never experienced before.”

Luckily, thanks to its UNESCO status, the Fanal forest will remain in pristine condition for years to come. Located within the Madeira Natural Park, it enjoys special protective measure to ensure that these ancient trees continue to flourish.

Madeira’s Fanal forest is known for its ancient trees and fairy-tale landscape.

In the morning, fog rolls through the forest and envelopes the trees in mist.

Landscape photographer Albert Dros also captured a unique perspective of the forest under the stars.

Visitors flock to this protected area to take in the ancient trees, some of which are 500 years old.

Mystical Photos of the Enchanting English Forests of Wistman’s Wood

Gorgeous Golden Light Shines Through This Autumnal Forest in the Netherlands 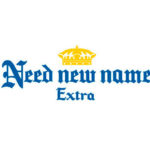 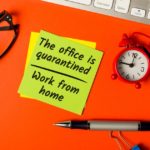