As a marine biologist and photographer, Alexander Semenov specializes in life underwater. In particular, he focuses on invertebrates, and for over 10 years he’s been deep-sea diving to capture their beauty through his lens. Often exploring cold water as the head of the scientific diving team at the White Sea biological station of Lomonosov’s Moscow State University, Semenov’s work is unforgiving.

Braving harsh conditions, he’s able to explore marine life in its natural setting. This gives him the ability to observe these animals in a manner that would be impossible in a laboratory environment. “We’re like 19th-century naturalists, but with 21st-century technologies, watching nature,” Semenov tells My Modern Met. “Jacques-Yves Cousteau once said: ‘What is a scientist after all? It is a curious man looking through a keyhole, the keyhole of nature, trying to know what’s going on.’ My keyhole is a camera viewfinder.

“There are hundreds of thousands of absolutely incredible creatures in the World Ocean that keep surprising even the most experienced marine biologists. The ocean is a parallel universe, another world inhabited by amazing creatures. Many of these creatures are so gentle and ephemeral that even a single touch can be the last event in their lives. It’s extremely difficult and sometimes just impossible to study them in the lab.”

By using cutting-edge technology, Semenov is able to share his observations with the scientific community and the wider public, something that drives his work. Whatever challenges may arise, he uses his 13 years of diving experience to get the photos that he’s after. Low visibility, extreme temperatures, and strong currents are just some of the elements he battles to get the perfect photograph.

But in the end, it’s all worth it to help shed more light on the diversity of life underwater. “During the last two thousand years, we have discovered a little more than 234,000 species of marine organisms, and according to scientists’ estimates, that is only 8-15% of what really lives in the oceans. This means, that somewhere in the depths there are two to three million species that have never been seen by human eyes. Ever. We do not even know what they might look like!

“However, most people do not even know the look of many creatures that scientists already aware of. Everyone knows about sharks, whales, octopuses, jellyfish, and some other large marine animals, which have made their way into movies and encyclopedias. But the average person has never heard of salps, siphonophores, comb jellies, appendicularians, ascidians, and many many others. My work aims to show a completely different world full of strange and wildly interesting things.”

For over 13 years he’s been using the latest technology to reveal the beauty of these little known animals.

Watch his diving experiences while he was stuck on the Italian island of Ponza during the coronavirus lockdown.

Top Underwater Photographers Celebrate the Unseen Beauty of the Sea

Top Underwater Photographer Shares the Secrets of His Success 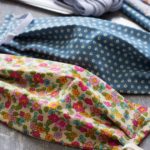 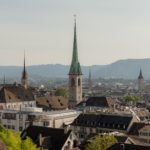