The Ford Model T car is an American icon. Billed as the country’s first affordable vehicle, it was released in 1908 by the Ford Motor Company under the direction of Henry Ford. Sold for between $260 and $850 (about $7,300 and $24,000 in 2020), the car allowed the middle class to become motorists. American daily life adapted itself to this new mobility, and the U.S. still remains a nation of drivers.

While most people have heard of the Model T, one can learn more about the renowned car by seeing inside its internal mechanisms. At the Henry Ford Museum of American Innovation, visitors can explore the construction and development of the car known as “Tin Lizzie” in hands-on exhibits.

At The Henry Ford, (as the museum is known) visitors will encounter an “exploded” Model T. Each component of this 1924 touring model is suspended in the air. Pieces are arrayed in the order of assembly, and the objects situated closer to the frame were incorporated before the farther parts. “Exploded” models arranged in this way were used by engineers—such as Leonardo DaVinci—to visualize the construction of an object. At the museum, visitors to the “Made in America” exhibit will also have a daily chance to help construct a real Model T car.

Between its release in 1908 and eventual discontinuation in 1927, 15 million Ford Model T cars were produced in Ford’s Michigan factories. This incredible volume of production involved the use of standardized mass-produced parts, a technique developed during 19th-century industrialization. But Henry Ford knew that, while mass-produced mechanical parts made vehicles more affordable to produce, he also needed an efficient method of production. In 1913, Ford introduced the moving assembly line. This invention revolutionized factory production across many industries. For Ford, it allowed his company to keep up with skyrocketing demand while keeping prices low. Visitors will get a sense of this at The Henry Ford as they have a chance to build on an assembly line, learning more about the assembly line-built car that changed America.

If you would like to learn more about the Model T and other American innovations, check out The Henry Ford website.

The Ford Model T changed the American way of life.

The first affordable, mass-produced vehicle, the Model T debuted in 1908 and ran until 1927. Over 15 million vehicles were sold.

The Henry Ford Museum of American Innovation memorializes the history of this legendary vehicle, and also lets visitors gaze inside the mechanical workings through exhibits such as an “exploded” Model T.

The assembly line, along with standardized mass-produced mechanical parts, made for efficient and cost-effective production of the Model T.

At The Henry Ford, visitors can even help build a Model T and work on a model assembly line. 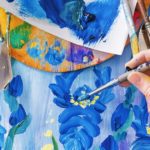 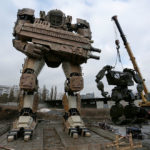