Film enthusiast Thomas Duke celebrates his love of the cinema by traveling to the locations of some of his favorite flicks. While there, he places a still shot from the film in the exact spot where it happened in the landscape. Doing this integrates the scene with the backdrop to reveal more than what we saw while watching the original production. A still from The Joker, for instance, features Joaquin Phoenix standing on steps in the Bronx. Duke traveled to the borough to find the staircase that Phoenix stood on. By knowing what the real landscape looks like, it gives us some behind-the-scenes knowledge that adds another layer of enjoyment to the film.

Duke’s ongoing project is called Stepping Through Film and at its core, it is an homage to the magic of movies. “I’ve adored film my whole life,” he tells My Modern Met. “It was always there, a place that I could escape to when life was getting a little tough. I enjoyed exploring the screen through my own head and couldn’t wait to, quite literally, step through the films that had helped me through my years of growing up.”

Since beginning Stepping Through Film in 2017, the London-based film fan has trekked to the likes of Paris, Nottingham, and recently, The Big Apple. “New York City is the furthest I’ve traveled so far,” Duke says. “It was always a dream to visit this place anyway but to do so for my film-related passion was simply a joy!”

“The Theory of Everything”

“Miracle on the Hudson”

“Night at the Museum: Secret of the Tomb”

He also imagines animations in their real-life locations…

“Friends: The One With Ross’ Wedding”

Illustrator Recreates the Alphabet with Characters from Wes Anderson Films 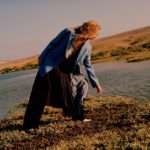 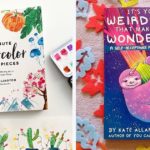