Tahlequah, the killer whale whose maternal grief was felt around the world in 2018, has successfully given birth to a live calf. Tahlequah (known as J35 to researchers) made world news upon the birth of her calf two years ago. That young orca died hours after birth. In an unusual move, Tahlequah carried her dead calf in mourning for 17 days on a 1,000-mile “Tour of Grief.” However, according to the Center for Whale Research, Tahlequah’s new calf “appeared healthy and precocious, swimming vigorously alongside its mother in its second day of free-swimming life.”

The Center for Whale Research is an institution devoted to tracking and preserving the Southern Resident killer whale (SRKW) population in the Salish Sea—the coastal waterways between Vancouver and Seattle. On September 5, the Center set out to investigate reports of a young orca in the J pod. They were delighted to find the little one swimming alongside Tahlequah, who was thought to be pregnant again. The discovery brought some relief. Orca’s gestate for 18 months, and birth rates are decreasing due to nutritional and environmental stress. Researchers will closely monitor the calf (known as J57) in hopes it remains healthy.

Little J57 brings the total number of orcas in J pod to 73. Researchers estimate the calf was born on September 4 because the dorsal fin takes a day to straighten out after birth. The baby orca also appears pinkish on its belly. Its blood vessels rest under thin skin, but blubber will accumulate as it feeds. The blubber insulation will turn the calf’s stomach the classic white of a killer whale. Researchers are hoping at least one other calf will be born in J pod this season.

To see more pictures of the mother and calf, see the Center for Whale Research website. On the site, one can learn more about the threats facing the J, K, and L pods of Southern Resident killer whales. Declining numbers are due to increased boat traffic, oil spills, and human activity having decimated the Chinook salmon population. You can wish this little one (and all his pod) well by supporting research and protection efforts for endangered killer whales.

Tahlequah, the killer whale who carried and mourned her calf for 17 days in 2018, has given birth again to a healthy calf.

The Center for Whale Research investigated reports of a new calf in J pod and found the one-day-old orca swimming with its mother and pod on September 5, 2020.

Interview: Photographer Christopher Swann Captures Images of Whales and Dolphins in All Their Glory 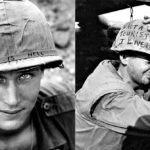 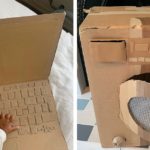