In Minneapolis, five artists are using their skills to help ensure that George Floyd will not be forgotten. On May 25, 46-year-old Floyd was tragically choked to death by a police officer. All four officers on the scene have been fired, but only Derek Chauvin, who was recorded keeping his knee on Floyd’s neck until he died, has been arrested and charged with third-degree murder. Floyd’s homicide is just the latest in many stories of black men in America being killed by the police and has brought outrage as demonstrations have spread across the country.

Xena Goldman, Cadex Herrera, and Greta McLain, with the help of Niko Alexander and Pablo Hernandez, immediately set out to create a mural in Floyd’s honor at the very intersection where he was murdered. The motivations behind creating the artwork are a powerful statement. The collective went straight to work, finishing the mural just a few days after Floyd’s death. Now, the colorful work of art has transformed into a memorial site, with people leaving signs and flowers below the mural.

“It was important for us that no one ever walk through that intersection without realizing what happened there,” artist Xena Goldman tells My Modern Met. The artists placed a sunflower behind Floyd to symbolize the light he brought to the community. Within the center of the sunflower, they wrote the names of other black victims who have been killed by the police. In this way, the memorial is about more than just George Floyd—it’s universal.

“It was crushing that we in no way could fit all of the names,” Goldman shares. “Not even close. This is a message to the public that we will never forget those lost at the hand of police. The amount of murals going up provides a sense of a memorial but it’s also the community saying, ‘Don’t look away—face this.’”

For Goldman, who is white, painting the mural was a way for her to use her skills to give back and to make an impact. “I recognize that I have had opportunities not afforded to many people of color. It is the least I can do to offer my skill set in this way.”

A collective of artists painted a mural honoring George Floyd at the intersection where he was killed by a police officer.

Floyd is in the foreground of a giant sunflower with names of other black victims of police brutality written in the center.

Across his chest, the artists wrote “I can breathe now”—a call back to Floyd’s cries for help while being choked.

The mural has become a makeshift memorial, with people bringing flowers and signs to honor Floyd and the countless other black lives lost at the hands of police brutality.

10+ Powerful Photos of Peaceful Protests Against Systemic Racism Happening Across the U.S. 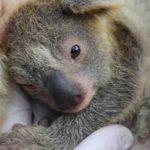 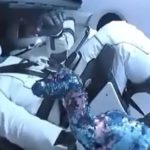