Anyone who has ever had a piece of luggage stolen knows what a nightmare it can be. But what if your luggage contained not only clothing and personal items, but also irreplaceable photographs? This is, unfortunately, the case for National Geographic photographer Joel Sartore. Sartore was at the Bali Airport on December 20 when his carry-on was stolen. As with most people’s carry-on luggage, it contained his most valuable items, including his passports, computer, cameras, and—perhaps most importantly—three hard drives full of priceless images.

Sartore, who put out a call for help on Instagram, is desperately searching for his missing Samsonite rolling bag primarily due to these hard drives. Each one contains precious photographs taken over the course of three weeks in Indonesia that were destined for his project, The Photo Ark. This ambitious, multi-year project is aimed at capturing the world’s biodiversity through photographs of every species living in a zoo or wildlife sanctuary globally.

It’s a project that’s close to the photographer’s heart, and, in an exclusive interview with My Modern Met, he shared what working on The Photo Ark means to him. “One thing that drives me is the fact that, for many of the smaller species I photograph, this is the only time they’re ever going to have their stories told to a global audience. For some, this may mean the difference between survival and extinction, depending on whether the public cares enough to save their habitat, decrease pollution, etc. So whether we’re celebrating minnows, sparrows, or salamanders, that’s a powerful motivator for me to keep going.”

According to the photographer, the missing hard drives contained images and videos of some of the world’s rarest species. The loss of these photos is a huge blow to Sartore, whose goal is to promote animal conservation in the face of the rapid extinction of many species. The dedicated photographer has uploaded images of over 9,800 species to The Photo Ark database. It will take an estimated 25 years to complete the project.

By ringing the alarm bell, Sartore is hoping that someone will come forward to help him recover the blue Silicon Power hard drives. They each have a capacity of either 1 terabyte or 2 terabytes. If you have any information about the missing items, please contact Sartore, the local authorities, or Asa Film in Bali.

Help National Geographic photographer Joel Sartore recover hard drives that were stolen from him in Bali.

To All Friends of the Photo Ark, ‪Last Friday night at the Bali Airport, one of my pieces of carry-on luggage was stolen, a black Samsonite rolling bag. Unfortunately, the bag contained not only my computer, cameras, and passport, but also three hard drives that were loaded with images and videos of some of the world’s rarest animals. All were filmed during the past three weeks in Indonesia, an amazing country with incredible biodiversity. All were destined to become part of the Photo Ark.‬ I need your help now to bring these hard drives home. No questions asked. Each is blue in color, either 1 TB or 2 TB, and are made by Silicon Power. An example is shown above. If you have any information that could lead us to these missing hard drives, please contact myself, the local authorities or my friends at Asa Film in Bali, phone ‪+62 812 9829 8109‬ Thank you, Joel Sartore

Each contains images and videos of rare species in Indonesia for The Photo Ark.

This ambitious project aims to document every species living in a zoo or wildlife sanctuary.

Pronghorn antelope are original Native Americans, with no close relatives in North America or on any other continent. The peninsular pronghorn, pictured here @lazoo, is endemic to Baja California, Mexico and is one of five pronghorn subspecies. Only 150 peninsular pronghorn remain, putting this subspecies at high risk for extinction. Pronghorn began to disappear from the landscape as settlers moved west, eliminating habitat and causing food to become scarce. For the peninsular pronghorn in particular, hunting, agriculture, and cattle ranching combined with livestock fences were all factors that led to their rapid decline. A number of zoos and organizations are working to reestablish peninsular pronghorn in protected areas of Baja California, and the Los Angeles Zoo is home to an assurance herd that will ensure the subspecies survives in the event that a natural disaster or disease wipes out wild populations. #pronghorn #antelope #nativeamerican #PhotoArk #savetogether

​The Panamanian golden frog, Panama’s national animal, has been symbolic of good fortune for many years, but the emergence of a fungal disease called chytridiomycosis has put this species’ luck to the test. Not unlike other living organisms, this fungus has a “breeding season” – if temperatures are too hot or too cold it, it lies dormant. But when temperatures are just right, like in areas where the Panamanian golden frogs live, the fungus multiplies and spreads very quickly, becoming so aggressive it can wipe out an entire species, sometimes in less than a year. As ‘chytrid’ spreads, biologists are racing the clock to determine where this fungus originated, how it has spread so rapidly, and how to control it. Photo taken @cheyennemountainzoo. #goldenfrog #Panama #goodfortune #extinctinthewild #PhotoArk #savetogether

Interview: Man Spends His Life Documenting Every Animal Species in the World 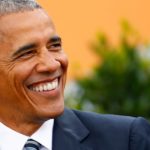 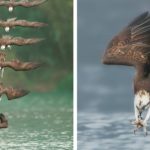